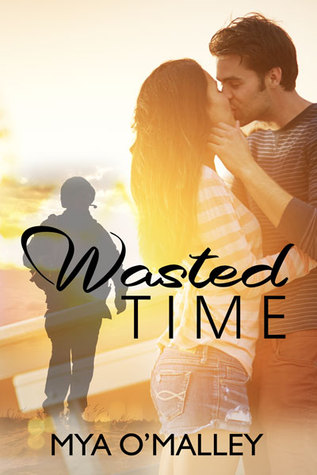 Do you believe that some souls are destined to be together, even through hardship and deceit?

After 9-11, Declan’s heart is torn between wanting to stay with Morgan and needing to fight for his beloved country. Knowing that the future may be uncertain, he kisses his fiancée goodbye and focuses on his mission until that dark day from which he will never fully recover. Injured in Afghanistan, Declan has lost more than part of his leg; he’s lost part of himself, now plagued in grief and guilt. How could he possibly ask Morgan to take care of him for the rest of his life, being nothing but a burden to her? Which would be more heartbreaking, feigning his own death or bringing her unhappiness every day? If only he could eradicate her from his mind and be at peace with his decision.

Morgan prays day and night for Declan’s safe return, but when his letters stop coming, Morgan knows in her heart that she has lost him forever. Morgan has a hard time believing in fate and destiny after her fiancé is taken from her. With Declan gone, Morgan’s hope for true love is destroyed, but eventually she finds comfort in the arms of another, even though Morgan’s new love knows that her heart belongs to Declan.

Will Morgan eventually be able to move on, or will Declan haunt her dreams forever?

If you enjoy watching soap operas, you will probably really love this book.  It had all things soap opera going for it.  Attraction, love, engagement, off to war, injury, she thinks he is dead, he is hiding from her, she moves on, he doesn't.  They reconnect in a dramatic way.  There is cheating, lying and stalking.  I am actually not a fan of soap operas, so this book wasn't my favorite, but there were a lot of good elements.

Two words that describe this book for me would be angst and DRAMA.  Both are very well done in this book.  The drama is like a constant swirl.  There are a lot of crazy things going on.

I really liked Morgan and Declan together.  They complimented each other well.  Even though there was still angst and drama, it felt like a real part of their relationship.  They definitely had a connection no matter what else was happening.  I couldn't help but admire Declan and his sense of duty to his country and the events surrounding 9-11.  He was a fantastic representation of the many men and women who gave so much for our country and our freedoms at that time.  (and still do)  It really leaves me so grateful for such brave people.

Content:  frequent mild swearing, profanity, implied sexual relations with no graphic details, sexual relations outside of committed relationship (cheating) with no details.  PTSD, depression, death, stalking
Posted by Getting Your Read On at 4:00 AM