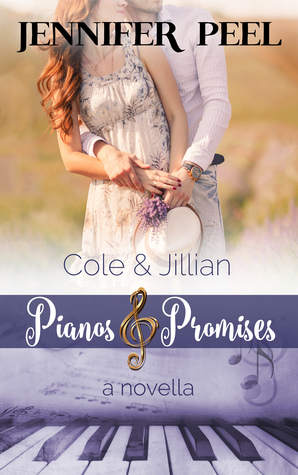 Can a few hours really change your life?

Jillian Jones knows a thing or two about the country music scene, and she wants no part of it after divorcing her country singer ex-husband. But as fate would have it, she’s seated next to country legend Cole Pendleton on a red-eye flight home to Nashville from Las Vegas. Between her emotional state, her fear of flying, and maybe a little vodka, she finds herself taking comfort in Cole’s arms and lips during their four-hour flight.

Cole Pendleton’s life changes the night he wakes up to his beautiful seatmate, Jillian. He doesn’t know what it is about her, but he’s drawn to her like no one before. As the night wears on he’s determined to do whatever it takes to get to know her better. He finds himself promising her he’ll come looking for her once they’re both ready to move forward with a relationship. But he has two problems, his profession and his past.

Jillian finds herself wanting to believe him, but can she trust his midnight promises? Or will the piano man be like her ex-husband and let his promises fade away in the light of day?

It's always a happy day when I get another book from Jennifer Peel!  I started reading this book the day I got it because I just didn't want to wait.

I love this Pianos and Promises series.  Every book so far has been fantastic!  My only complaint is that they are over too soon.  I always want more!  Such is the case with Cole and Jillian.  I wanted more.

Cole is a man reformed.  He made some mistakes.  Big mistakes.  But, he has now made changes and his life is back on track.  His sincerity rings true on every single page.  I love how determined he was to keep his promises.  Cole paid attention to Jillian and remembered what she said.

Jillian is a little reluctant because she has been burned in a bad way but even she cannot deny the amazing attraction and chemistry she has had with Cole from the very beginning.  I loved how sweet Cole was to Jillian.  He melts her hesitancy away bit by bit.

The chemistry between these characters was zingy from the beginning.  I had butterflies in my stomach!  And I really loved the ending.  <swoony sigh>

This book releases on Oct. 4th!  If you haven't started this series yet, you really should!  Read them in order because you will love them better.  :)

Content:  Some references to drug and alcohol abuse, affairs

Posted by Getting Your Read On at 8:53 AM