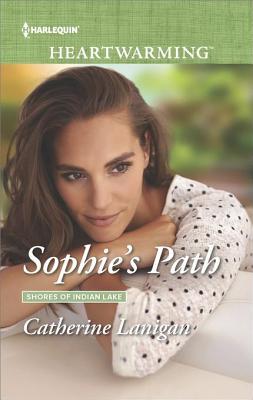 Her choice. His consequences.

Nurse Sophie Mattuchi has seen a lot of angry patients in the ER, but no one's ever rattled her like Jack Carter. He has no right to blame her for his friend's death. Sophie did everything she could. Didn't she? Yet his accusations sting, and that sets off all kinds of internal alarms. She's never cared this much about any man's opinion of her. But Jack is different. He stirs up feelings. Strong feelings. Guilt. Anger. Attraction. Curiosity. Sympathy. Sophie's definitely not interested in Jack, but even if she was, he'd never forgive her for the decision she made that night in the hospital. Would he?

I'm happy to be a part of the blog tour for this new addition to the Shores of Indian Lake series by Catherine Lanigan.  Harlequin Heartwarming is one of my favorite publishing lines because I know I can trust that books from them are sweet and clean.

I think this is the third book I've read in this series now.  It has all the old characters popping in at some point or another which really gives this series a feeling of community.  You don't have to read the books in order to understand or enjoy each one, but as always, reading the stories of previous characters gives an added measure of knowing and a feeling of coming home.

This book moves at a very sedate pace.  Sometimes I felt it dragging a bit, but the story is a good one and worth sticking with.  If you love a gentle romance with slow build, you will love this book.

Sophie and Jack have a rocky start.  They meet in the ER after Jack has been involved in a car accident and one of his business colleges dies.  The man that hit them was high on drugs.  This leads to a lot of anger on Jack's part- especially when he finds out that Sophie has aligned herself with an outreach agency that tries to help addicts recover and prevent children from getting hooked.  It's quite a mess there for awhile!

Sophie and Jack are each on their own personal journey through some life changes.  And then, they are on another journey together.  It's bumpy no matter what path you are looking at.  Somehow the little dog connects several people together in a way only a cute little dog can, I guess.  :)

The ending was sweet and it made my heart smile.

Catherine Lanigan is the international bestselling and award-winning author of forty published titles in both fiction and non-fiction, including the novelizations of Romancing the Stone and The Jewel of the Nile, as well as over half a dozen anthologies, including “Chicken Soup for the Soul: Living your Dream”, “Chicken Soup for the Writer’s Soul”, and more. Ms. Lanigan’s novels have been translated into dozens of languages including German, French, Italian, Spanish, Russian, Portuguese, Chinese, and Japanese. Ms. Lanigan’s novels are also available in E-books on Amazon.com and Barnes and Noble.com, Apple Store, Mobi and Kobo. Several of her titles have been chosen for The Literary Guild and Doubleday Book Clubs. Her Vietnam war-based novel, The Christmas Star, won the Gold Medal Award Top Pick from Romantic Times Magazine and has also won Book of the Year Romance Gold Award from ForeWord Magazine as well as Book of the Year Romance from Reader’s Preference.

Lanigan is the author of a trilogy of non- fiction books regarding angelic intervention in human life: Angel Watch, Divine Nudges and Angel Tales published by HCI and Cedar Fort.

Lanigan was tasked by the NotMYkid Foundation to write a non-fiction book addressing teen addictions. Ms. Lanigan’s first Young Adult adventure novel, The Adventures of Lillie and Zane: The Golden Flute, was published by Cedar Fort.

Currently, she has published six novels in the Shores of Indian Lake series for Harlequin Heartwarming: Love Shadows, Heart’s Desire, A Fine Year for Love, Katia’s Promise and Fear of Falling. Sophie’s Path pubs July, 2016. She has recently contracted for three more in the series: Danger Zone, Wedding for Isabelle and A Bride for Mica.

As a cancer survivor, Ms. Lanigan is a frequent speaker at literary functions and book conventions as well as inspiring audiences with her real stories of angelic intervention from her Angel Tales series of books. She is an outspoken advocate for domestic violence and abuse and was honored by The National Domestic Violence Hotline in Washington, D.C. (THE EVOLVING WOMAN). She has been a guest on numerous radio programs including “Coast to Coast” and on television interview and talk show programs as well as blogs, podcasts and online radio interview programs. 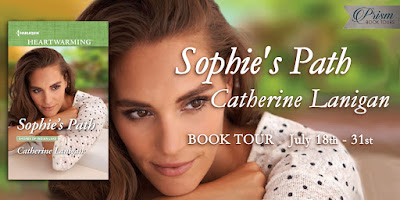