Tortured Souls Only $.99 through July 20th

To post this Blitz (html) and add your Social Media to the Rafflecopter, email us at prismbooktours(at)gmail.com with "Tortured Souls" in the subject line!

We're spreading the word about the fabulous ebook price of Tortured Souls by Amazon Bestselling Author, Kimber Leigh Wheaton. Only $0.99 through July 20th!!! 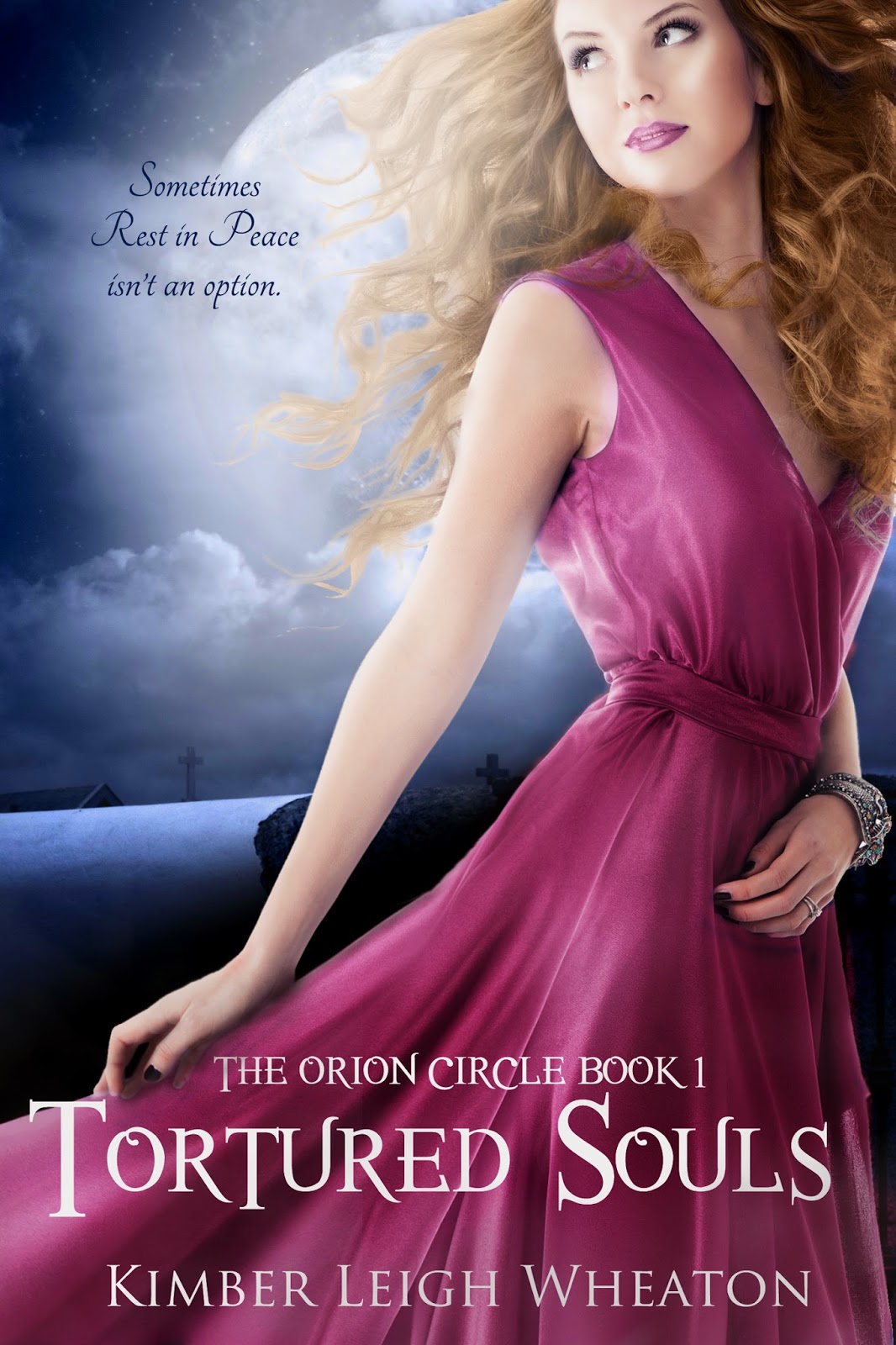 Kacie Ramsey sees ghosts—and it's ruining her life. Her mother left, her father blames her, and no matter how hard she tries, she can't keep the ghosts away. Now a new power has emerged. Nightly visions of grisly murders and a relentless predator draw her to the brink of insanity.

When the phantom appears at a party, Kacie's longtime crush, Logan, saves her. He invites her to join the Orion Circle, a group of supernatural hunters with chapters in schools all over the country. Through the Circle, Kacie learns to embrace her spiritual powers, and for the first time in her life she feels in control rather than a victim.

But the Foxblood Demon will not give up so easily. A demented serial killer in life who trapped the souls of the thirteen children he murdered, imprisoning them within the walls of his mansion. Now in death, he plots his return while drawing power from the pure souls of the children. He recognizes something in Kacie he's never seen before—a medium powerful enough to provide a vessel for his tainted soul.

Kacie can't ignore the tortured souls of the children crying out to her every night. With Logan at her side, she will fight the Foxblood Demon. But can they banish this powerful phantom, or will Kacie lose not only her body, but her eternal soul to the monster.

Excerpt from Chapter One ~ Something Wicked

Deafening music shakes the walls, vibrates the floor, and pounds a rhythmic beat in my skull. Gyrating bodies turn every bit of space into a dance floor. Sweat breaks out on my forehead, and my heart races. Strobe lights flash, teens dance with wild abandon. Shrieking laughter bubbles around me.

“Gotta take a leak!” my dance partner shouts over the music.

He races off, weaving through the thick wall of bodies. Mike or Mick or something—I didn’t catch the name he yelled when he asked me to dance. Doesn’t matter, he wasn’t my type at all. I mean, the guy guzzled beer while dancing. After grabbing a diet soda from a nearby cooler, I’m about to search for my friends when a dark feeling washes over me. My feet refuse to move, and I stand rooted in place.

The once loud music is now hollow in my ears. I gasp for breath, choking on the lack of air around me. Tiny hairs on the nape of my neck rise to attention. Something wicked is behind me. I know I’m the only one here who feels a difference in air pressure. An oppressive weight presses against my skin, making me feel as though I’m underwater. I blink a few times, watching the people around me continue their manic dancing—oblivious to the bogeyman that just entered the room.

Afraid to turn around, I stand my ground, sipping my soda. I pretend I’m unaware of the shuffling noises behind me, sounds I shouldn’t be able to hear over the blaring music. Swaying my hips, I hum along with the music, trying to ignore the ominous presence crushing me.

Whatever it is, I can’t let it know I sense it. Evil pours off it in waves, blanketing the entire room. I close my eyes, willing the creature to go away, return to whatever mausoleum or grave it calls home. Malevolent spirits feed on fear. I must control mine at all costs.

When I open my eyes, I’m gazing into the face of an angel. Not literally, but he may as well be in my book. Logan glances behind me, and I know he sees the spirit. He doesn’t gasp or scream or faint dead away. His golden eyes narrow as though he’s in a staring contest with the specter.

“You’re not welcome here,” Logan says to the presence behind me. He meets my gaze again. “You know it’s there.”

It’s not a question but a statement. I nod, a weak bob of my head, unsure whether this intimate moment with my dream guy is a good thing or not. Meeting over a nasty phantom is not my idea of romantic. And yet I can’t stop staring at the way his blue t-shirt hugs his broad shoulders and chest—how his light brown hair curls around his earlobes. I don’t know whether to laugh or cry. For six weeks I’ve wanted out of the friendship box with Logan, but I was hoping for girlfriend, not crazy girl.

“Kassandra,” a voice rasps behind me. 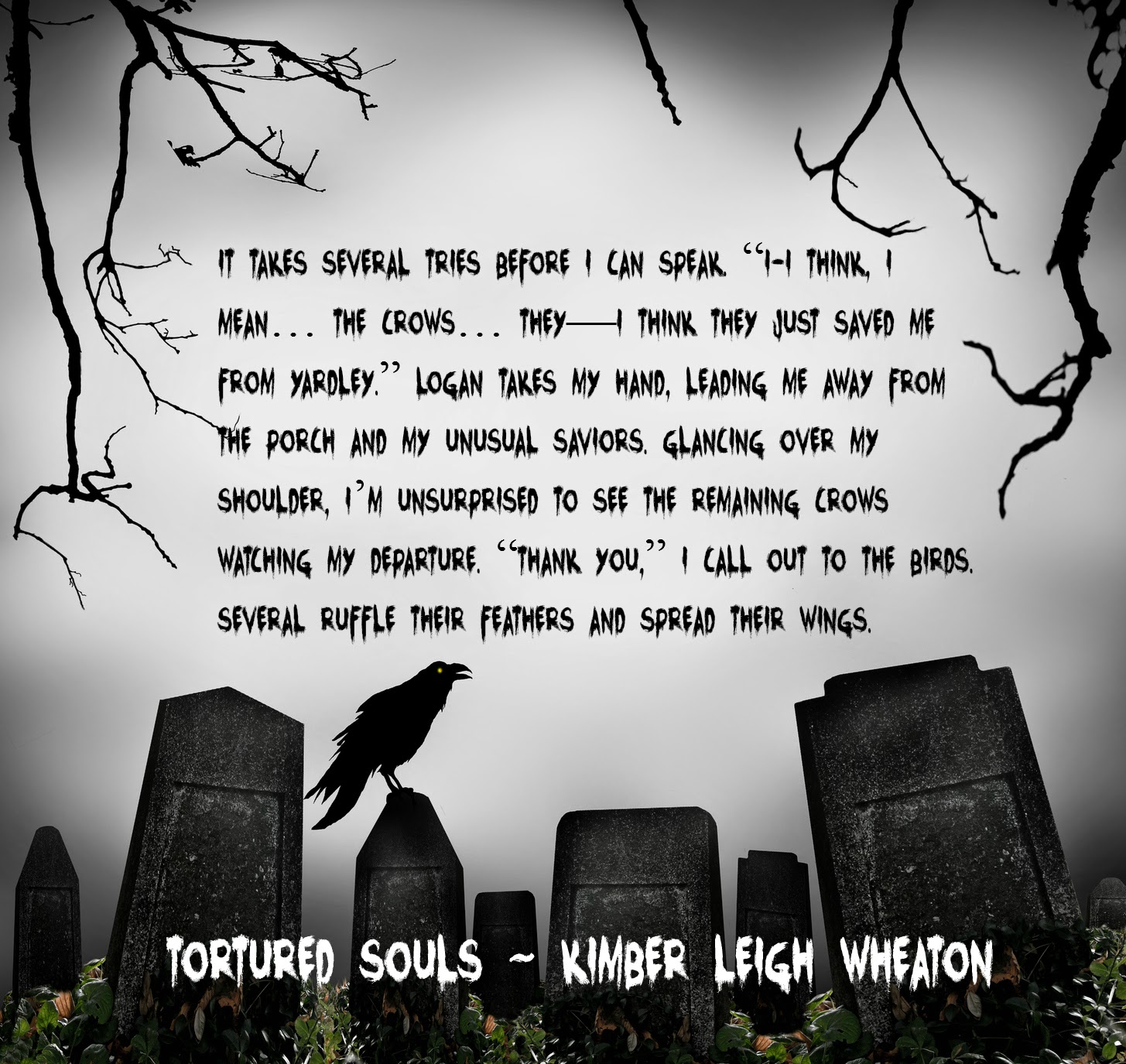 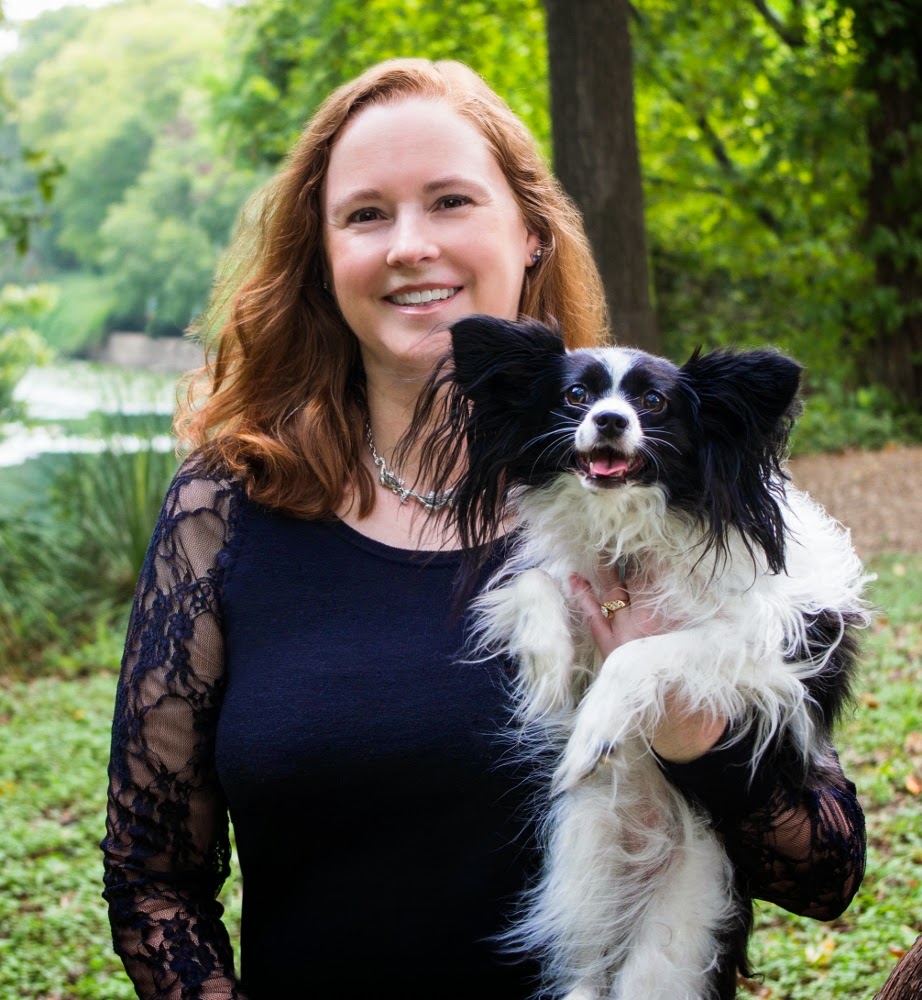 Kimber Leigh Wheaton is a YA/NA author with a soft spot for sweet romance. She is married to her soul mate, has a teenage son, and shares her home with three dogs, four cats, and lots of dragons. No, she doesn’t live on a farm, she just loves animals. Kimber Leigh is addicted to romance, videogames, superheroes, villains, and chocolate—not necessarily in that order. (If she has to choose, she’ll take a chocolate covered superhero!) She currently lives in San Antonio, TX but has been somewhat a rolling stone in life, having resided in several different cities and states.