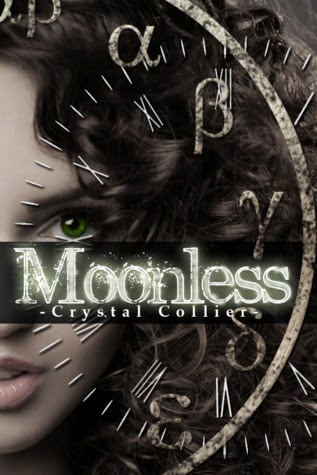 In the English society of 1768 where women are bred to marry, unattractive Alexia, just sixteen, believes she will end up alone. But on the county doorstep of a neighbor’s estate, she meets a man straight out of her nightmares, one whose blue eyes threaten to consume her whole world—especially later when she discovers him standing over her murdered host in the middle of the night.

Among the many things to change for her that evening are: her physical appearance—from ghastly to breathtaking, an epidemic of night terrors predicting the future, and the blue-eyed man’s unexpected infusion into her life. Not only do his appearances precede tragedies, but they are echoed by the arrival of ravenous, black-robed wraiths on moonless nights.

Unable to decide whether he is one of these monsters or protecting her from them, she uncovers what her father has been concealing: truths about her own identity, about the blue-eyed man, and about love. After an attack close to home, Alexia realizes she cannot keep one foot in her old life and one in this new world. To protect her family she must either be sold into a loveless marriage, or escape with the man of her dreams and risk becoming one of the Soulless.

This book started off rough for me.  There was so much confusion.  The story felt choppy and I was having trouble staying with it.  It was like pictures being blipped in front of my face that gave me impressions but never enough.  I don't mind not knowing some things but as a reader I do like to feel like I know something that is going on.  I need something firm to latch onto.  It took so long for me to get to that place and I guess for me that was frustrating.

I had a hard time with the insta attraction and the "go away, come back, go away, come back" thing going on in the first half of the book.  This book says it is Jane Eyre like but I didn't get that vibe.  I love Jane Eyre but this book didn't bring that feel for me through the writing or anything else.

The more I got into the book the more I understood but it just took so long.  Even in the end I still didn't have all the answers or know everything though.  Maybe the next book will tell the tale?  There are still so many unanswered questions.

The last third of the book was the best part for me.  I finally felt like I knew the characters enough to know what they were about.  The story line picked up, the urgency picked up and I became more invested in the story itself.  I never felt an emotional connection to the characters but I think my favorite character was actually Miles.  He was the one I wanted to know more about.  He was the one I was rooting for and worried about.

I did appreciate the mild resolution in the end, something positive to focus on, and lots of hope for the next part of the story.  I am interested in the next book because I feel like I have a handle on more of what is going on now, even though I don't know everything.

This is a clean YA paranormal book.  There is some passionate kissing but nothing more.  That is something I really appreciate, especially in the YA book world.

You can purchase Moonless HERE.  The sequel is being released July 14th.

You can find out more about the author, Crystal Collier, and her books at the following places:
Blog | Twitter | Goodreads | Facebook | Website
Posted by Getting Your Read On at 6:00 AM