The Experiment: a new novel from the imaginations of Cindy C Bennett, Sherry Gammon, and Jeffery Moore! 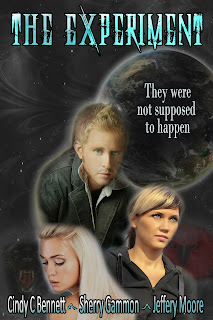 Time is running out for the Collaborative's oppressive rule of the remote world Senca One. The government attempts to suppress the escalating riots, even while seeking to further their experiments. When their parents are taken, triplets Juliet, Cilla, and Emiah Tripp set out to locate them, and soon discover they are at the center of a hunt to capture them.

Evading the Collaborative across Senca One’s harsh terrain, they’re confronted with the trials of survival. They also discover something that changes the very core of their reality: they’re morphs. Struggling to adapt to the strange new ability, they question what they really are . . . and why. Are the rumors of experiments done on children true? Did their scientist parents have anything to do with it?

Their quest brings them to the capitol city of Brighton, which is on the verge of revolt. While searching for information about their parents, the Tripps align themselves with the very people fueling the rebellion. They unwittingly spark the revolution they want no part of and discover something more dangerous than they suspected.

I'm so happy to be a part of the tour for The Experiment.  I'm always intrigued by new ways of writing and these three authors have done something very interesting.  They have each written their own parts through a character but have collaborated together with each other to bring together a very interesting novel.  I think it's pretty cool.

I really enjoyed this book.  The plot was always forward moving and didn't drag at all.  The characters were all distinct and definable.  They are on a quest to save their parents and along the way they discover more than they ever thought possible.  There is romance, adventure and intrigue all set in a futuristic other world but a world full of oppression and inequality  which are things we all can relate to.  The morphing thing was cool.  I like how it all came down for the triplets and how they all worked together to understand and make the morphing work for them.

This was a book that I wish actually had a sequel.  I know, crazy, right?  Usually I am so bothered by having to wait for a sequel but I'll tell you why I say that.  The ending for me was just off.  The Epilogue (five years after the end of the story) was long and honestly felt just out of sync with the rest of the book.  I would much rather have had it end and then picked up with more of the in between in another book.  I don't know.  It felt less thought out and more thrown together.  If I could get rid of the epilogue and just end the book with another book to come I would have been happier.  BUT, I did really enjoy this book.  It was a great read and I'll be handing this one off to my older teenage daughter.

One of my favorite things is to get to know authors better.  These three talented authors have put together a top 10 places to visit list for us, so check this out!

In keeping with the idea of the book taking place on a different world, we thought we’d give you our: Top 10 Places to Visit.

My top ten places to visit, #1 being my most desired.

Cindy C Bennett: Looks like Sherry and I have a lot of similar places. We also have some very different places. Seems like mine are a little more tropical. Guess that means that while I enjoy history to a certain extent, I also like bumming on the beach.

Jeffery Moore: Wow, you guys should get together and plan some joint trips. I’ve been to most of the places on your lists. Sherry, if I've you've seen one Italian landscape, you've seen about all of them--go to Rome. Cindy, if you've seen one Caribbean island, you've seen them all--I would opt for Galapagos over St. Maarten. Since the pseudo theme is other worldly, I’m going to have some fun and throw in a mix.

CCB: I agree, Jeff, about the Caribbean islands, but I adore how you can sit on the beach and watch airplanes come in so close you feel you can touch them in St. Maarten, which is why I’d return there. Love your list, though. In fact, I’d like to visit all the places you listed. Can I change mine? lol

JM: You guys are in luck. One more weekend and I’ll be finished with the final touches on my trans-reality travel machine. The first destination is Atlantis—I really want to know what the heck happened to that place. Pack a toothbrush and let’s head out.

SG: Love to, Jeff. Could we make a side trip to Paris first?? I really would love to see Paris and Italy. Then we can go to Atlantis. I’ll have my snorkel gear all packed!! And Cindy, as far as airplanes being that close…no thanks! I like them high in the sky away from me. I hate flying. 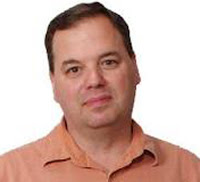 Moore was born in Germany. As a military brat, much of his childhood was spent abroad, growing up in Germany on military installations. He subsequently enlisted in the military and served for ten years as an army pilot. While in the military, he lived in Italy and South Korea and deployed to many European countries. He has traveled to Australia, Japan, Singapore and most European countries. His experiences and contact with many different cultures helps form some of the elements in his stories. He currently works for a global IT company and lives in Massachusetts.

Find more about Jeffery and his work at www.jefferyemoore.com 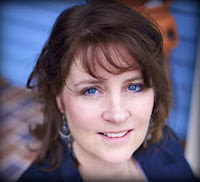 Unlovable was Gammon's debut novel and quickly rose to many top seller lists on Amazon. She is pleased to announce that Unlovable is currently being made into a movie. She has added two more novels to her body of work. Not so Easy, book one of the Souls in Peril series, is the poignant story of Max Sanchez who is on a journey to help the struggling JD Miller survive high school, and Pete & Tink, a fun, light-hearted novella of a manga-loving geek and a five-and-a-half inch fairy. Gammon and her husband, along with their children and a couple of crazy dogs, call Upstate New York home. It is where she spends her nights writing instead of sleeping.

Find more about Sherry and her work at www.wordpaintingsunlimited.com 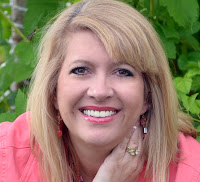 Bennett is the YA author of several books, including Geek Girl, Rapunzel Untangled, Enchanted Fairytales, and Heart on a Chain. She lives in Utah and has six kids (two of which are daughters in-law). She loves gooey cookies, dark chocolate, and cheese popcorn. She hates housework and cooking, and has no plans to become a domestic goddess. She occasionally co-hosts a geek podcast with her son, called Geek Revolution Radio. Her favorite pastime is riding her Harley.

Find more about Cindy and her work at www.cindycbennett.com