On Tour with Aura by Rebecca Lynn Talley: Review and Giveaway 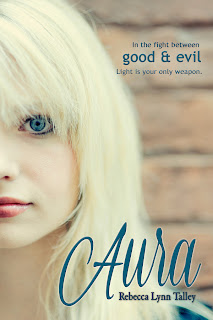 In the fight between good and evil, Light is your only weapon.

Crystal Scott finally feels like a normal teenager. She has a lead in the high school play, a best friend, and a gorgeous boyfriend. With prom only a few days away, Crystal’s ordinary life seems perfect.

Endowed with great Light because of her virtuous choices and her inherent gifts, Crystal’s aura has become visible to those with the ability to see auras. Unfortunately, her power has also attracted the attention of demons intent on destroying all Light.

When Vincent Crandall, the human host for a powerful demon, discovers that Crystal’s Light is strong enough to disrupt the connection between demons and their hosts, he realizes she may be able to sever the connection altogether. Determined to stop her from interfering with his plans to rule the world, he sends operatives to neutralize her Light.

After the operatives fail to disable Crystal, Vincent decides he must harness her power for himself. He kidnaps her parents, and Crystal is thrust into battle against a demon army she didn’t even know existed. With the help of a mysterious young man and his mother, Crystal must learn to use the power within her before Vincent kills her parents and exploits her Light.

Aura is another classic story about good vs evil, light vs dark, with a paranormal spin.

The book started out slow for me.  It took awhile for me to settle in and enjoy but it did happen.  Everything in this book was good.  Good characters, good story.  It's just that I've heard this story before.  There wasn't anything new or overly engaging.

One great thing about this book was the overall message.  You could feel deeper meanings  in this book.  I love the whole idea that as Crystal was good and made good choices her light, or aura, got brighter and she became a powerful influence for good.

And as you may or may not know, I really appreciate a clean read.  This book was exactly the kind of book I feel comfortable handing off to my daughter.

Up next is an excerpt from Aura followed by the giveaway!  Enjoy!

“Looks like we’re right on schedule for the summit meeting with the other divisions.” Vincent smiled as he continued. “I’m sure you’ve heard that upper management is considering combining the southwestern and western divisions and I’m in line to head the merger. Of course, I plan to make the western division a strong competitor for our eastern comrades. The east coast currently out sells and out performs us, but I plan to change that.”

“Sir, we do have a problem,” Jack said. “In Colorado. Silver City.”

Vincent glared at Jack. He didn’t like being interrupted especially with news of a problem. Vincent was set to take over the western half of the United States, something he’d been working toward since he started with the organization right out of college. “What kind of problem?”

“There’s this . . .” His sentence trailed off.
“What, Jack? There’s this, what?” He emphasized the last word.
“Disturbance.”
He pursed his lips and then said, “What does that mean?”
Chris, a man in his early thirties with cropped black hair, cut in, “A very recent associate in Silver City has reported a disruption of control over the host.”

“Then take care of it.” Vincent had no time for this, not with the summit meeting looming. He ran his fingers through his thick hair attempting to settle his bubbling anger. His powers of persuasion were far more successful when he was calm.

Jack leaned forward, making his chair creak. “Apparently, a teenage girl there can interrupt the connection in our newer, and possibly weaker, associates.”

“Preposterous.” Vincent blew out a breath. Was he working with morons? A teenage girl? Absurd.

“Yes, yes, I know. You don’t have to explain it to me, Jack.” Losing associates, and thus control, in any city reflected poorly on the organization, and on him. Vincent couldn’t have that.

“What should we do?” Chris asked.

Vincent closed his eyes for a moment, considering his options. He drew a deep breath and gazed at Priscilla, head of associate training. “Neutralize the girl.” 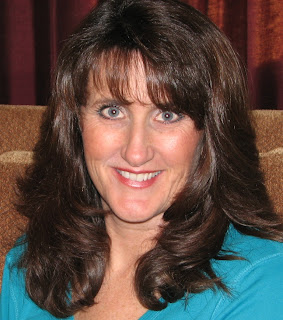 Rebecca Lynn Talley grew up in the gorgeous seaside city of Santa Barbara, CA. She met, and married, her husband, Del, while attending Brigham Young University. She graduated from BYU with a degree in Communications. She currently lives in rural Colorado on a small ranch with a dog, too many cats to count, and a herd of goats. She and Del are the proud parents of ten wildly-creative, multi-talented children.

When she isn’t writing, Rebecca loves to date her husband, play with her kids, swim in the ocean, and dance to disco music while she cleans the house. She has folded at least one million loads of laundry, baked hundreds of batches of chocolate chip cookies, and eaten 5,478 gallons of ice cream.