On Tour with Watch Me Disappear by Diane Mulligan 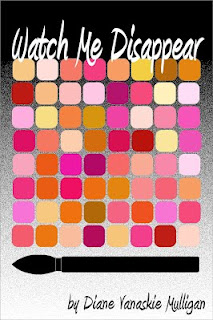 Lizzie Richards isn’t excited to be starting over at a new school for her senior year, but she’s trying to take her mother’s advice and make the most of it—the only way she can: By disobeying her strict parents’ rules. Lizzie’s father has moved the family around every few years to advance his career, so she has never had a chance to develop the kind of “BFF” relationships she thinks most kids have. She’s bracing herself for another lonely year at her third high school when her neighbor Maura gets sick of watching her little brother when she could be partying. Thanks to Maura’s plotting, Lizzie becomes everyone’s new favorite babysitter. Seeing her opportunity, Lizzie decides to break her mother’s rules by using Maura’s computer to create a secret Email address and Facebook account. She is quickly friended by Missy, a fellow transfer student as eager for a friend as she is. Things are looking up for Lizzie until Maura’s ex-boyfriend Paul sets his eye on Missy. Caught between her new best friend and the neighbor whose friendship promises instant popularity, Lizzie doesn’t know what to do—because she’s fallen for Paul, too.

I have to admit that this wasn't one of my favorite reads.  I had a hard time finishing it.  I didn't really like Lizzie very much so I guess that set the tone for the book for me.  None of the characters really drew me in to where I felt a connection to them.

I sometimes felt bad for Lizzie.  Her parents are overly strict and she has very little social grace.  I think we can all relate to her feelings of wanting to fit in and have friends.  We all go through that to some degree or another in our lives.  A good self esteem can be hard to come by especially if your home life doesn't build that.

I would say that this book seems a bit young, the characters mostly act juvenile and sound very immature, but the book is filled with underage drinking and drugs as well as sex, sexual innuendo and talk so it definitely isn't a book to put in the hands of young teenagers.  There was also plenty of swearing.

I'm not sure there was really a plot to this book but here are some messages I took away from this book:

~drinking, drugs and skipping school will hurt your grades and your chances for getting into a good college not to mention it is just plain stupid

~putting a guy before your best girlfriend is also stupid

~boys who sit around in sweats all day, drinking and farting, still living with their mothers are losers

I know that many people have read and enjoyed this book.  I'm just one girl with one opinion out of many.  Please check the tour schedule below and see what other people are saying about this book.  Also, there is a giveaway as part of this tour.  Leave me a comment to be entered.  You can also score more entries by commenting on other reviews on this tour. 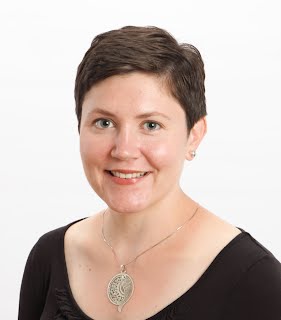 Diane Vanaskie Mulligan began writing Watch Me Disappear during an after-school writing club she moderates for high school students. This is her first novel. She holds a BA in American Studies from Mount Holyoke College and a Master’s degree in teaching from Simmons College. When she isn’t teaching or writing, she’s the managing editor at The Worcester Review and the director of The Betty Curtis Worcester County Young Writers’ Conference You can also find her occasionally strumming her guitar and singing at various bars in central Massachusetts, where she lives with her husband.

The Author will be giving away 3 $10 Amazon gift cards to randomly drawn commenters throughout the tour. The more stops you visit and comment on, the more chances you have of winning.