Heart of the Ocean by Heather Moore: Blog Tour and $25 Giveaway! 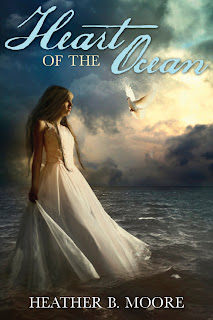 Heart of the Ocean
by Heather B. Moore

In Heather B. Moore’s enthralling 1840’s historical romance, Heart of the Ocean, Eliza Robinson has turned down the very pretentious Mr. Thomas Beesley’s marriage proposal. As a business partner of Eliza’s father, Thomas quickly discredits the family and brings disgrace to the Robinson name.

While her father scrambles to restore his good name in New York City, Eliza flees to the remote Puritan town of Maybrook to stay with her Aunt Maeve. Although relieved to be away from all- things-male and unforgiving gossip columns, odd things start to happen to Eliza, and she is plagued by a ghostly voice. Her aunt’s explanation? That Eliza is being haunted by a woman who died of a broken heart twenty years ago.

After Aunt Maeve is tragically killed, Eliza's life is put in danger as she tries to uncover the mystery of her aunt's death. She encounters Jonathan Porter in Maybrook, whose presence in the town seems suspicious, yet she finds herself drawn to him. When she discovers that Jonathan’s dark secrets may be the link between the dead woman who haunts her and her aunt’s murderer, Eliza realizes that Jonathan is the one man she should never trust.

I'm so happy to be a part of this tour.  I always jump at the chance to read anything by Heather Moore.  She has a talent for writing to be sure.  I was especially interested in this book as it's a bit different than the other books she has written.  This historical fiction with some romance and a full on ghost story was absolutely enjoyable from beginning to end.

Eliza and Jon's paths cross when Eliza finds her aunt dead and goes out into a storm, desperate to find help.  Trouble just seems to follow Eliza no matter when she goes.  It doesn't help that the resident ghost has decided that only Eliza can help her find peace.  That ghost happens to be the mother of none other than Jon, her rescuer and a man of many secrets.

I really enjoyed the interactions between Eliza and Jon.  The romantic tension built nicely and it felt real, not contrived.  I enjoyed the glimpse historically into the life of the Puritans.   The secondary characters were great in this book.  Sniveling Thomas gives me the shudders!  Ooh, icky.

Oh, and I must say that I love the cover of this book.  So pretty.  Overall this was a great read to curl up with on a cold, cold winter's night.

There were a few instances of mild swearing.

Enjoy the following excerpt from Heart of the Ocean!

Without thinking of what she was doing, Eliza touched his cheek. Jon didn’t move, didn’t pull away, as she ran her fingers along his face then down his neck, stopping at his shoulder. “Jon,” she whispered, “you can’t change the past.”

His bloodshot eyes seemed to burn through hers. He brought his hand to her neck and lightly touched the brutal markings. Eliza bit her lip, suppressing a gasp as his fingers brushed her skin, but she didn’t move away. His touch was both painful and exhilarating at the same time. She closed her eyes, inhaling his nearness.

Then she felt his lips on hers, soft at first, hesitant. She couldn’t say she was surprised that he’d kissed her—there had always been something tugging them together—but still, she felt like she was in a dream, that this wasn’t really happening. Couldn’t be happening. 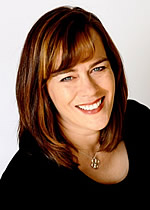 Her historical fiction is published under the pen name H.B. Moore. She is the two-time recipient of Best of State in Literary Fiction, two-time Whitney Award Winner, and two-time Golden Quill Winner for Best Novel. Her most recent historical novel under H.B. Moore is Daughters of Jared (2012 LUW Gold Award of Excellence & 2012 LUW Best Book Trailer).

Blog Tour Giveaway
$25 Amazon Gift Card or Paypal Cash
Ends 1/3/12
Open only to those who can legally enter, receive and use an Amazon.com Gift Code or Paypal Cash. Winning Entry will be verified prior to prize being awarded. No purchase necessary. You must be 18 or older to enter or have your parent enter for you. The winner will be chosen by rafflecopter and announced here as well as emailed and will have 48 hours to respond or a new winner will be chosen. This giveaway is in no way associated with Facebook, Twitter, Rafflecopter or any other entity unless otherwise specified. The number of eligible entries received determines the odds of winning. Giveaway was organized by Kathy from I Am A Reader, Not A Writer http://iamareadernotawriter.blogspot.com and sponsored by the author. VOID WHERE PROHIBITED BY LAW.

Posted by Getting Your Read On at 7:32 AM