The Second Blind Son (The Chronicles of Saylok) by Amy Harmon 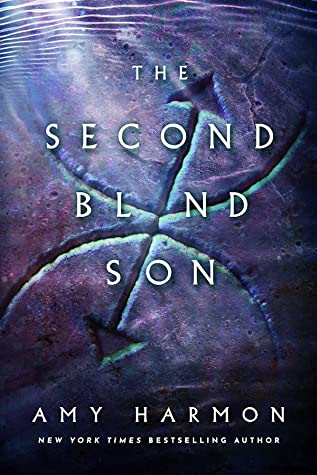 An insidious curse is weakening the Norse kingdom of Saylok, where no daughters have been born in years. Washing up on these plagued shores is Ghisla, an orphaned stowaway nursed back to health by a blind cave dweller. Named for a mysterious god, the boy, Hod, is surrounded by prophecy. To Ghisla, he’s a cherished new friend. To Hod, the girl is even more so. For when Ghisla sings, Hod can see.

Unable to offer safe shelter, Hod urges Ghisla onward to become a daughter of the temple, where all the kingdom’s girl children have been gathered. But because of a magical rune, the two cannot be separated, no matter the time or the distance.

Now, subject to a ruthless king, Ghisla enters a desperate world of warring clan chieftains and catastrophic power struggles. Who among them can be trusted is unknowable. So are the sacrifices Ghisla and Hod must make to defeat the cursed forces that could destroy a kingdom and the fated bond between two souls.

I finished this book a few hours ago and I'm still trying to pull myself out of the world of Saylok.  It's a hard thing because author Amy Harmon does such a good job of building amazing worlds and creating characters that fill all my senses.  It's really hard to stop thinking about them.

This is the second book of the series and I would definitely recommend reading them in order.  The two stories do run parallel in terms of time but each remains focused on different characters.  This story is based in Norse Mythology.  Very cool, right?  I really loved both Ghisla and Hod.  They are both unique in their abilities and I loved how they complimented each other.  They have an intense and passionate relationship built over a long period of time with most of it apart physically.

The world of Saylok is violent and often unruly.  There is deceit and treachery everywhere.  Runes, keepers, clans and a vile King- honestly, just try not to be sucked into this world and these people.  I wouldn't mind more stories in this series!  Just putting that out there. . .

If you are a Kindle Unlimited member, you can read and listen to this book, free.

Content:  Violence, sexual situations and intimacies with some description, peril.