Forever Phoebe by Chalon Linton + Enter to Win a Copy of This Book! 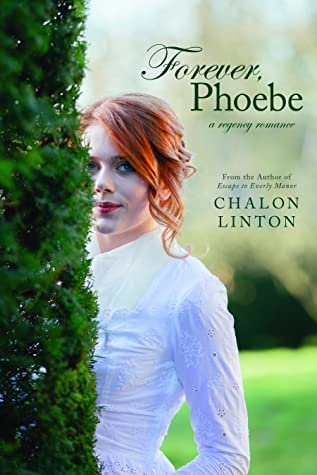 At the dignified age of eighteen, Phoebe Jamison knows she should behave in a manner befitting her station, as her three loving elder brothers often tease. Unfortunately, the lively young woman has a personality every bit as fiery as her red hair, a fact brought to her attention in the criticism from the gentleman she has long pined for. But not every man is of the opinion that a woman should be decorous above all else. The newest resident of Somerset, Mr. Franklin Everly, is considered a most eligible bachelor, and he is immediately drawn to Phoebe’s spirited nature as he becomes acquainted with the delightful Jamison siblings of Primly Park.

Franklin embarks on a friendship with Phoebe that quickly deepens into a warm and thrilling connection. But even as he fights for Phoebe’s attentions, a very real danger is revealed: girls in neighboring villages have gone missing, and the kidnapper is moving ever closer to Primly Park. Despite the guard of her fiercely protective brothers and Franklin, Phoebe must rely on her own strength when she finds herself in the sights of the Bride Snatcher.
* Amazon * Goodreads * Deseret Book *
I'm so glad the character on this cover looks like the character described in the book.  That fiery red hair deserves to be represented!
Franklin is the perfect representation of wooing.  He is so sweet and so attentive.  Honestly, I adored him.  He tries so hard to win Phoebe's attention.  Can I just mention "the song" here?  Franklin sings Phoebe a song and oh!  It melted my heart.  Hers too.  😉 Franklin sees and loves Phoebe for who she is.  He is intentional and purposeful.  Sigh.  So adorable.
Phoebe is a fun character.  Her brothers really add to the story as well making this story a collection of winsome characters.  They were all so easy to like.  I appreciated the bit of added mystery with the snatcher and how that played out.  It was a much needed bonus element that livened things up at just the right time.
I really enjoyed this one!
Content:  mild peril, kissing
I received a complimentary copy of this book.  All opinions expressed are my own. 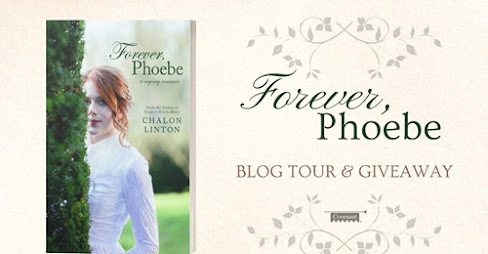 a Rafflecopter giveaway
Posted by Getting Your Read On at 3:55 PM