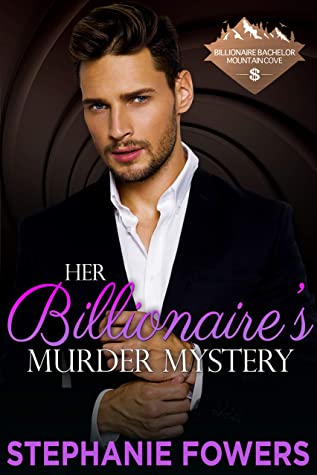 The mystery holds the clues to their hearts.
Aaron Mills has buried his aching heart for years under a charming façade. Success and money can never replace what he lost so many years ago.

Charlize Dean has her hands full keeping her mother from getting banned from Bingo night in their small town of Eureka Springs. When she gets roped into playing a flapper for a weeklong ‘20s Murder Mystery at the hotel where she works, the last thing on her mind is getting mixed up with the charity event’s gorgeous sponsor—no matter how blue Aaron’s eyes are.

Aaron can hardly believe he’s falling for his leading lady, and worse, he can’t prove to Charlize he’s not a “player.” When the mystery of the game turns a little too real, can they forget their growing attraction to solve a forgotten crime or is love in the script too?

Have you ever attended a murder mystery party?  I've only been to one and it was just a one night dinner party.  It was fun but I think that was more about the people I was with than the actual murder mystery.  This book is entirely based on a week long murder mystery party in a fancy 20's era hotel with rich, fancy people.  I felt like aside from the prologue which was emotional and personal, this book was very plot based as expected given the premise.  There are a lot of characters in play so it was harder to connect emotionally.

I liked Charlize and Aaron.  Aaron is generally misunderstood and that makes it harder for Charlize to trust him.  He is smitten at first glance of Charlize but she keeps him at bay for a few minutes.  Haha.  Both Charlize and Aaron reach a point where they have a hard telling what is real and what is fake.  They have suspicions, Charlize more than Aaron, I think.

This party has a "real" turn of events and I could feel the growing tension between characters.  The ending was exciting and probably my favorite part.  I liked this book, but I didn't love it.  It's not my favorite by this author but it was different and if you love murder mysteries, you should really pick this book up.