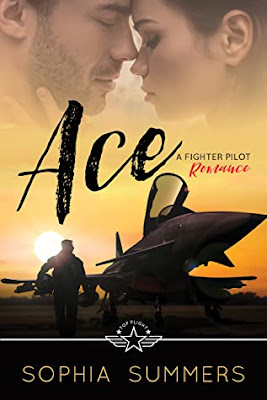 A fighter pilot with regrets, a humanitarian worker with a mission, and a second chance to work through everything that keeps them apart.

Dex Callison, otherwise known as Ace makes a split second decision to parachute into a hostile situation to make a lot of things in his life right. His life as a Senator's son, a JAG Air Force pilot and then an active duty soldier have not yet filled the loss of his best friend, the only woman he has ever loved, Gianna West.

Gianna West thought that she and Dex were made for each other forever. He'd promised to finish his active duty and then join her building orphanages all over the world in remote villages. But she learned in one instant, how much more Dex wanted to start his own military training program, much more than he wanted to be with her. Alone, serving people she falls in love with, she tries to tell herself she doesn't miss him. All of that goes out the window when he shows up in her village on a remote island.

When you travel to a different country every six months, there’s little time for relationships. Every pilot joins Top Flight for different reasons, but no one expects to fall in love.

I'm pretty excited about this new Fighter Pilot Romance series and Sophia Summers did a great job kicking things off.  Each book will be by a different author which should be so much fun!

I think this author had a difficult task of giving us the foundation for all the characters to come in this series and she did it really well.  I didn't feel too overwhelmed by all the characters (and there were a LOT of them!) and I felt like I had a good base for future character development by the next authors.

Dex and Gianna have history.  They have known each other for a long time and loved each other almost as long.  I really love a good second chance at first love story and this one definitely hit that sweet spot.  Dex and Gianna are both strong and brave.  They are what I would call the "doers" of the world.  They are out in the trenches, making things happen.  Their jobs aren't easy but they both find immense satisfaction in what they do.

I loved the strong connection between Dex and Gianna.  They have chemistry and respect for each other.  That's a great combination.  I loved the elements of danger and action surrounding Dex and Gianna because it kept things exciting and moving forward at a fast pace.  This book had a definite Top Gun feel to it and it makes me excited to see where the next books in this series take me.

Content:  mild violence, peril, kissing
Posted by Getting Your Read On at 2:14 PM