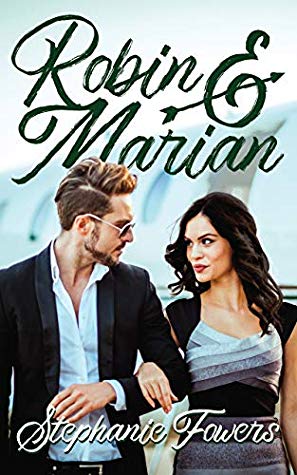 Who says Chivalry is dead?
Robin King lives up to the legendary name of Robin Hood more than he should—a bigshot billionaire and successor of King enterprises, a Prince of Mischief and a rogue who steals hearts ... and maybe even a few kisses. He never thought he’d follow the storyline so closely, until the day he gets in trouble with the law and pays the price—all for protecting his younger sister Scarlett.

Taken in by an Outlaw
Marian is a hard-hitting reporter … or would be if the New England Chronicle would stop assigning her puff pieces. Now she has the chance to prove herself, but it could prove her undoing—since the story of a lifetime might just be Robin King, a ruthless scoundrel, who she swore would never break her heart again.

Making New England Olde again
Together, they must overcome their differences to save their hometown from thieves and corruption. And they’d better do it before someone gets killed. As danger lurks closer, legend becomes life, and Robin’s feelings for Marian deepen as he struggles with sharing the secrets that could clear his name and ruin his sister.

There were so many things I loved about this book.  First, the Robin Hood references all throughout, and I mean references that reminded me of the Disney cartoon Robin Hood.  So many little things as well as the obvious bigger things like names and places.  It made me happy.  And, I think I've had the Robin Hood and Little John song running on a constant loop in my head since I started this book.  You know the one?  Ooo Da Lolly, Ooo Da Lolly, Golly What a Day!

But obviously, this book wasn't like the cartoon, it was a grown up, real life version, full of treachery, deceit, lies, jealousy, danger and my favorite- love.   Robin is a literal hero.  Honestly, you probably couldn't dream up a better man.  Chivalry is alive and well in this book.  I loved that!  The intensity grew throughout the whole story as the mystery deepened.  The ending was climactic and the epilogue was the perfect bow to tie off my present.

This book is a long one.  It's almost double the size of normal books so know that going in.  Things don't progress super quickly plot wise, but I never felt bored or distracted.  It was like a modern day Robin Hood soap opera saga and it was fun!

- I picked this one up on Kindle Unlimited
Posted by Getting Your Read On at 4:00 AM