The Redgrave Murders by A. L. Sowards + Win a Copy of This Book! 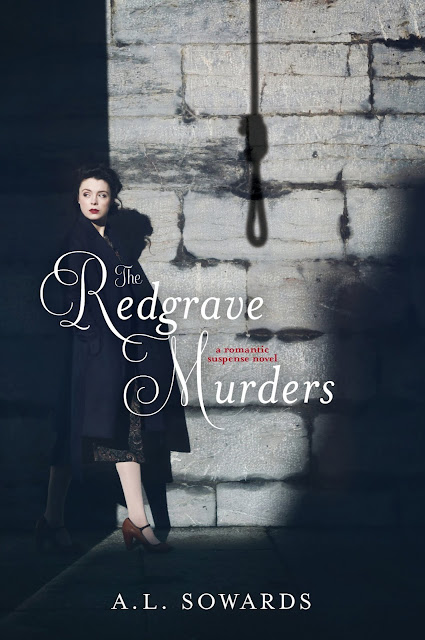 Loss is inevitable, as Evie Hampton knows all too well. But despite losing her mother to cancer and her older brother to a war, she knows she’s one of the lucky ones. After all, she still has her father, a distinguished professor of medieval history. And she has Gary Redhawk, the man she loves despite the emotional scars he carries from the Second World War—and despite her father’s opposition to their relationship.

When a freak accident sends Evie’s car careening off the road, she chalks it up to poor maintenance, or sheer bad luck making another appearance in her life. Little does she know a host of hardships is just beginning—the car was her father’s, and the brake lines were deliberately cut. Someone wants them dead—but why? All fingers point to Gary, a man with a troubled past and no solid alibi, but Evie is unwilling to believe he’s involved. Determined to uncover the truth, she begins to piece together a startling picture of deception and vice. But as she closes in on the truth, it is clear that someone is determined to silence her—and the next attempt on her life may be a deadly success.

I've been reading (and loving) books by A.L Sowards for a long time.  She is one of my favorites because her books absolutely come to life in my hands.  This book is a bit different than her previous books as it is a mystery instead of a historical fiction, but I'm so happy that it actually felt like a historical fiction because Sowards really knows how to build the time period she is writing about to feel so authentic and real.  The beginning of each chapter also includes a snippet of letters that Evie and her brother exchange while he is serving in the military during WWII which accomplished the dual purpose of establishing a human connection between Evie and her brother and giving me another bit of history to lean into.

This story really brings to light all the social, economical, and political unrest occurring at the time.  The effects of the war have brought about economical depression, low housing, and war veterans who are struggling to live and work because of the horrors they witnessed.  As always there is discrimination which seems to be present no matter what time period historically is being represented.

Greg battles discrimination as well as PTSD (although it wasn't called that at the time) from a brutal childhood as well as his horrible experiences during the war.  Greg is working so hard to overcome the stigmas and his past.  His gentle, steady nature made him a hero in my eyes.  Evie has dealt with much loss and tragedy herself.  I could feel and I connected with her desire to be loved, valued and accepted.  Greg and Evie together were fantastic lead characters.

While mystery isn't my very favorite go-to genre, I really did love this one.  That's probably due to the author's ability to bring to life the time period.  It was fantastic.

I love the cover of this book.  It's a perfect representation of what is inside.  Can I also just say that I love the details of this book too?  Each chapter heading has a noose like the one on the cover and I loved how the theme carried throughout the whole book- cover to cover.

Content:  violence (mostly referred to and not described in much detail), kissing, mention of sexual and physical abuse, death 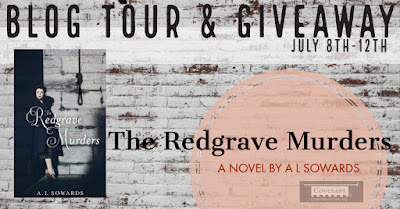 a Rafflecopter giveaway
Posted by Getting Your Read On at 7:19 AM