Missing in Maplewood by Elizabeth Bromke 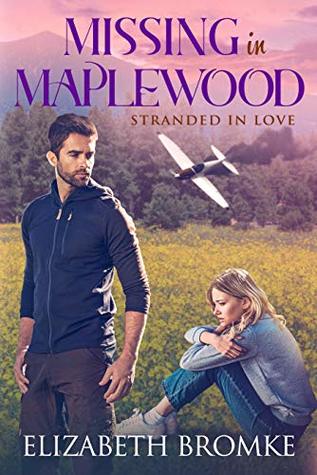 Can a plane ride save a turbulent marriage? Only if the couple survives the flight...

After marrying his high school sweetheart, everything falls into place for Ben Stevens. He nails a college coaching gig. He and his wife have twin boys. Life is perfect.

Erica Stevens disagrees. Desperate to prove she’s as perfect as she seems, she needs more. After an early miscarriage and a cross-country move back to the state she was happy to leave, her picture-perfect image shatters.

Things get worse before they get better…

As if miscarriage and a looming divorce aren’t enough, Ben’s father falls ill. Together the couple boards a private flight to the small mountain town to see his dad. But they never arrive.

A failing marriage, a looming divorce, a plane crash.  These are all fantastic elements to base a story on.  I was very interested in this book after reading the blurb.  I haven't read any of the other books in this series or any books by this author at all, actually.  This is my first and I do believe this book can stand completely on it's own.

From the very beginning of this story we know that Ben and Erica are struggling.  Because the story is told from alternating perspectives, we can see both sides to the frustrations and arguments.  We also get the point of view of Erica's sister, Bo.  Even though I was interested in this story and the events happening, I had a hard time connecting emotionally to these characters.  They felt a little rough around the edges.  I was missing the backstory and foundation that made these characters likable- and I was missing the foundation of their love.  I got little snippets later in the book, mostly Ben thinking back but it just wasn't enough.  I think coming into the struggles with these two characters both acting at their worst was hard.  Maybe some flashbacks to earlier in their relationship would have helped?  I don't know but I just had a hard time connecting emotionally and feeling good things toward the characters.  Ben really did step it up the last bit of the book.  He change the downward spiral with one simple gesture and it was really sweet.

I will say again that I was interested in the story from beginning to end.  It had good forward momentum and the ending of the book was satisfying.  This was a plot driven book for me.

Content:  frequent mild swearing, mention of intimacy outside of marriage.  Some innuendo between a married couple.