Happy Release Day to A Worthy Rebel (An Uncertain Choice #5) by Jody Hedlund! 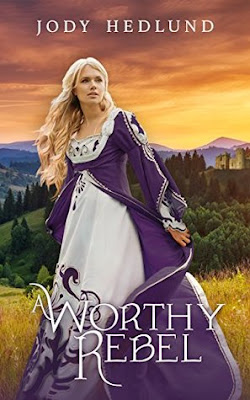 A desperate noblewoman, a rebellious peasant, and a forbidden love.

While fleeing an arranged betrothal to a heartless lord, Lady Isabelle becomes injured and lost. Rescued by a young peasant man, she hides her identity as a noblewoman for fear of reprisal from the peasants who are bitter and angry toward the nobility.

Cole Warwick cannot turn his back on a person in need and soon finds himself falling for Izzy, the gentle and beautiful runaway who is mending in his cottage. As the leader of an imminent uprising against the nobility, he tries to resist his growing feelings for Izzy to protect her from the dangerous life he’s chosen. But the longer she stays, the more he hopes she’ll never leave.

When Izzy’s true identity is revealed, Cole feels betrayed. With the rebellion underway, can Cole forgive Izzy and find a way to save her from an unhappy marriage? Or will he and his peasant army be destroyed before he has the chance to fight for the people and the woman he loves?

I really, really love this series so it's a happy day when a new book releases!  Yay!

I think I loved Izzy and Cole from the very beginning.  They are both loyal and kind.  Cole is a fierce defender and leader for his people who are downtrodden and suffering.   He is smart and strong but he is also gentle and kind.  It's an awesome combination and I both loved and admired him.  I think the way he went from pretending to all in with Izzy was sigh worthy.  He didn't hum and haw too long, he knew and he jumped in.  He knew what he wanted, he let Izzy know and then pursued it.  Yumma.

Izzy is so determined to help her people.  She wants to be something noble and live up to her position and duty but doesn't know exactly how to do that, especially when she feels like she is living in her sister's shadow.  I thought she was brave and kind.  Especially in the end.  She was a rock star.  I really loved her.

The forward momentum was good and I was invested in the story the whole way through.  This is a fantastic addition to this series!  yay!

Also, the author, Jody Hedlund is having a giveaway over on her Facebook page!  Check it out! 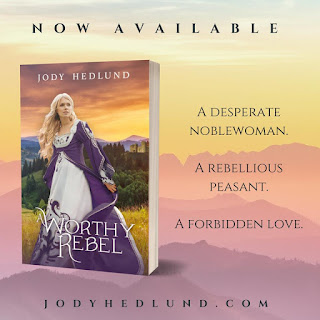 Posted by Getting Your Read On at 1:31 PM