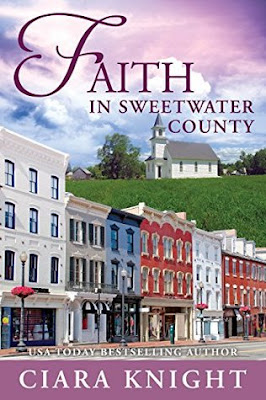 Cline Grant, a man with a checkered past turned preacher has dedicated the last ten years of his life to making up for past sins. But when he is faced with removing a young girl from her abusive uncle he must face the calling he never expected. He escapes with the young girl to the safety of a small town until a beautiful and dedicated social worker asks too many questions, questions that put his faith to the ultimate test.

Kinley Stafford refuses to accept the new preacher’s credentials as a father because he claims to be a man of faith, not after she failed to protect a boy only months earlier from a dead-beat dad. And when the preacher’s little girl runs away, Kinley makes it her personal mission to expose whatever secrets Preacher Cline is hiding.

I have some mixed feelings about this book, so here is the lowdown.

-The small town feel, the way small towns rally around each other
- Cline.  His life change, his willingness to put others before himself, his strength
- The build up in the story to a dramatic ending

- Kinley.  She was meddlesome and a bit annoying.  I'm not really sure what the draw was for Cline other than she was pretty

This is an inspirational fiction story.  It is clean and is centered around a preacher so there is obviously talk about God and faith.  I enjoyed the story well enough but it didn't really engage my emotions or leave me feeling excited in any way.  It was gentle in nature.