The Billionaire Bride Pack Romance Series: The Resilient One by Cami Checketts and The Passionate One by Jeanette Lewis 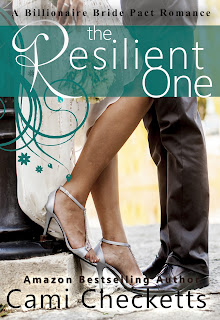 The Resilient One by Cami Checketts

Alyssa Armsworth, a world-renowned photographer, has no intentions of honoring the Billionaire Bride Pact she made as a teenager to avoid getting her bra hung from the camp flagpole. Marriage is the last thing on her to-do list and when her father forces his wealthy friends on her, she runs to Maui.

She plans to lay low, take some great pictures, and eat fresh fish--until Beckham Taylor arrives. Stuck in the same hotel and spending days on the white sand with the handsome ex-NHL star wouldn't be all that bad except Alyssa's done something in the past that Beckham could never forgive. Before she can confess, her misdeeds are thrust onto the front cover of a well-known magazine. Alyssa must overcome her fears or live without Beckham.

I'm so excited to be a part of reviewing this awesome new series!  Old friends make a pact at summer camp when they are young.  This series follows them as they each find love.

Cami Checketts is one of my favorites so any day I get to read one of her books is a good day for me.  Cami, to me, is know for bringing just a bit of suspense to her books.  It's what sets her apart in the romance genre.  The suspense isn't overwhelming or the focus, but it is there enough to keep you wondering and anxious.

Alyssa is hiding.  Hawaii is her escape and her refuge.  Or, at least it is supposed to be.  Beckham rolls in and disrupts her sanctuary, setting off a chain of events that come crashing in.  This book kept me reading, pushing forward because I just had to know.  I loved it.  The characters, the setting, the story- it was all fantastic.  LOVE! 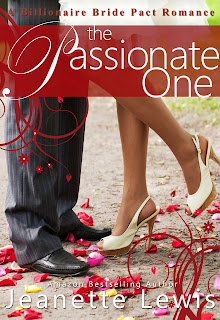 The Passionate One by Jeanette Lewis
As the creator of the Billionaire Bride Pact, Erin Parker is determined to see it through. And now that wealthy, gorgeous Brennan Avery has been cast as her costar in a play destined for Broadway, things couldn’t be better. But Erin’s best friend, Matt Walters, isn’t ready to give up on her. He has a plan to escape the friend zone and prove to Erin that there are more important things than money and fame.

If the rest of the books in this series are as good as the first two, I am going to be a very happy girl.  I love this series so far!

This book is all about Erin.  No really.  It is ALL about Erin.  Which leaves me to repeat the same mantra over and over in my head:  "Poor Matt.  Poor, poor Matt"  Erin has him wrapped around her little finger.  Over and over and over.  Did I mention the "poor Matt" thing yet?  This makes Matt the clear underdog so of course I am rooting for him to get some happy.  He is a poor sap.  Or very tenacious.  One or the other.  Or, maybe a bit of both.  Regardless, I really liked Matt.  He is kind above everything else.

Erin will grow on you.  She has a clear idea of what her life is going to be like and she slowly, slowly learns that maybe it isn't so clear after all.  Erin is fun and adventurous.  She is vivacious and has a distinct personality.  But she is really self centered and doesn't extent herself outward much.  She doesn't really think about other people and how they are feeling.  It was good to see her mind shift- slowly but surely.

Even though I was frustrated by both these character for different reasons, everything came together in a way that left me satisfied in the end.  It was a fun story!