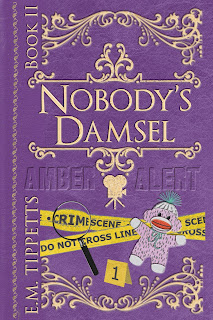 Chloe has finished her masters degree and taken a job as a forensic scientist back in her home town of Albuquerque, New Mexico, only the press will not leave her alone. They follow her to crime scenes and report on her every move, eager to show that her marriage to Hollywood A-lister, Jason Vanderholt, is on the brink of collapse. Millions of fans who dream of their own celebrity romance with him want this more than anything. This scrutiny comes at a particularly bad time as Chloe's first case is a crime against a child roughly the same age that Chloe was when she survived a homicide attempt.

Now that she sees the case from an adult's perspective, she realizes it's much harder than she ever dreamed. It's even worse for Jason, who is two steps removed from the crime. He must watch and try to support his wife as she battles with past demons and tries to keep up with a nameless suspect who evades identification and capture. Never has Jason been more frustrated with his job, its frivolities, and its lack of connection to the real world. When he storms off the set of his latest movie, the press goes wild with conjecture. Perhaps he never was anything more than a pretty face after all.

Together, Chloe and Jason must find their way past all the popping flashbulbs and through the dark maze of the criminal investigation to discover whether they can balance their professional goals with the demands of a celebrity marriage. The odds are entirely against them.

I was excited to be able to read Nobody's Damsel.  I read the first book in this series, Someone Else's Fairy Tale and I really enjoyed it.  These books have a bit of mystery along with the romance that keep the story moving on several different levels.

To me, Chloe is someone I can relate to.  She has insecurities where her marriage is concerned but she has that determination to make it work.  Jason's career make it so difficult to stay steady in their relationship.  How hard would a marriage be when everyone around you is just waiting for it to blow up and would gladly help that along just for a story?  Man, marriage is hard enough without all that!  Chloe has been put in such a difficult position yet she keeps trying and working at the communication and love.

I like the crime/forensic aspect of this story line and the different characters and personalities that brought into the book.  It kept things interesting.

This was a fun book.  It was easy reading and I read through it quickly.  The author says there is more to come in this series so I'll be looking forward to that!  My thanks to E.M. Tippets for allowing me to read and review her book.

Content:  There were some instances of mild swearing and some mentions of a sexual relationship before marriage. 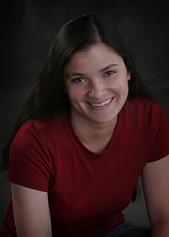 I'm originally from New Mexico, have a bachelors in philosophy, politics, and economics from Oxford University, and a juris doctorate in business law from UCLA. I also design jewelry (and no, that doesn't fit in with any of the other stuff I've listed here.) Currently, I live in London while my husband does his PhD. I was born November 8, 1975; given my age keeps on changing, that seems like the easiest way to let people know how old I am.

This site is devoted exclusively to my chick lit writing. Head over to www.emilymah.com if you want to see more of everything else I do.

Here are some purchase links for Nobody's Damsel!

E.M. Tippits has generously allowed for a giveaway today!  Hurray!  The giveaway will be for TWO copies of Nobody's Damsel, open internationally.  The winner may choose to have an ebook or print book through Book Depository.

a Rafflecopter giveaway
Posted by Getting Your Read On at 7:48 AM