On Tour with Keepers of the Zodiac + Giveaway! 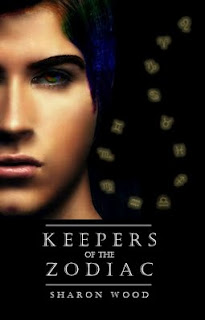 The stars have shifted and the Earth is rapidly moving into the throes of chaos.

Four god-like beings known as the Zodiac High Council, send their winged herald, Syrie, out with twelve sealed envelopes. His mission? To bring a chosen group of thirteen future Zodiac Keepers, including a set of mesmerizing twins, to the Isle of Oriba for training.

Syrie never could have imagined that he would fall in love along the way--ultimately forcing him to choose between betrayal and death.

Keepers of the Zodiac is an enthralling tale of obligatory fate, temporary hope, and impossible love.

I love the premise of this book.  The world in turmoil, in need of "keepers"  to put the stars back in order.  Each set of keepers is over a zodiac sign, for me it would be Sagittarius.  :)  The keepers have to go through training to develop their skills and hopefully reign in the chaos of earth.  Great idea, right?  I've always loved the stars and the zodiac star constellations.

I also love the idea of Syrie.  He sounds so mythical and magical and well, handsome!  He is a great character.

While I did enjoy reading this book, I felt like I was being told a lot of things instead of shown.  Our first glimpse of the Zodiac High Council is a long list of This is so and so.  He is this, this, this and this.  It just felt like I was getting a run down on who everyone was and what they looked like.  For me, the connection with the characters was missing.  I will say though that I think there is promise for the next book.  I think the build up of book one will hopefully lead to some exciting things.  We sure do get a bit of a cliff hanger ending so for me, this will be a book to follow up with.

If you are a fan of insta love, this book is full of it.  Insta, insta love.

Oh, my favorite part of the book was the island that Syrie takes Simone.  It's also the place Simone visits and sees the two stars light up.  :)  You'll have to read the book to find out why the stars light up!

Enjoy this excerpt from Keepers of the Zodiac!

It was around four in the morning, and Gabe was having trouble sleeping. Rather than lie in bed and toss and turn, he decided to get an early start to his chores. Before heading outside, he stopped in the kitchen to pour himself a glass of milk. Staring out the window into the darkness, he saw something bright fall from the sky and land in the field. Grabbing the same rifle that had been pointed at him not too many years ago, Gabe ran out to, thanks but no thanks to the moonlight, find a naked man standing before him. He cocked back the gun and pointed it at the trespasser.

Knowing that Gabe normally didn’t start working until six in the morning, Syrie hadn’t even settled on an outfit for the day yet, which explained his lack of clothing. Hands up in surrender, Syrie carefully said, “I’m just going to reach over here and grab my clothes.” In reality, there had been no clothes on the ground, but just by thinking about them, he made them appear. He reached for his new pile of clothes, and, hesitating a bit, said, “Now, I’m going to put them on.” Gabe nodded an approval, and although he wanted to turn away, he wasn’t about to let the naked man out of his sight.

Syrie finished dressing into his plaid and flannel shirt, tight jeans, cowboy boots, and cowboy hat. He couldn’t help but be annoyed with himself for his outfit choice, but as he had had little time to think at the moment, he’d just thrown the word cowboy out there, and those were the clothes that appeared. He would really have loved a pair of underwear, seeing as how the jeans were so tight, but knew that beggars could not be choosers when one had a gun staring them in the face. Pointing to the gun, he asked, “Do you think you can put that thing away?” 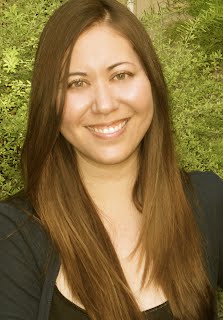 Sharon Wood is a married, mother of two boys. She was born and raised in Northern California, and attended college at San Jose State University, where she studied Marketing. A self-proclaimed Disney fanatic, Sharon enjoys collecting Vinylmations and talking about Disney related things to anyone that will listen. Besides writing, she enjoys playing and coaching volleyball, dancing, and reading. Keepers of the Zodiac is her first novel, and she is currently hard at work on the sequel!