The Unknown Beloved by Amy Harmon 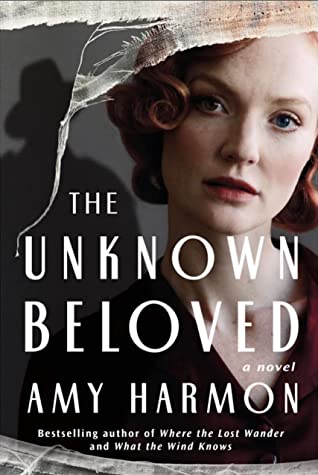 From the bestselling author of Where the Lost Wander and What the Wind Knows comes the evocative story of two people whose paths collide against the backdrop of mystery, murder, and the Great Depression.

Chicago, 1923: Ten-year-old Dani Flanagan returns home to find police swarming the house, her parents dead. Michael Malone, the young patrolman assigned to the case, discovers there’s more to the situation—and to Dani Flanagan herself—than the authorities care to explore. Malone is told to shut his mouth, and Dani is sent away to live with her spinster aunts in Cleveland.

Fifteen years later, Michael Malone is summoned to Cleveland to investigate a series of murders that have everyone stumped, including his friend and famed Prohibition agent Eliot Ness, now Cleveland’s director of safety. There, in a city caught in the grip of a serial killer, Malone’s and Dani’s paths cross once again.

Malone is drawn to Dani and her affinity for the dead and compassion for the destitute. It doesn’t take long for him to realize that she could help him solve his case. As terror descends on the city and Malone and Dani confront the dark secrets that draw them together, it’s a race to find the killer or risk becoming his next victims.

Author Amy Harmon is probably the only author I would follow down the path to a serial killer/murder mystery book.  I was so torn as to whether I wanted to read this one but ultimately I decided that yes, I would.  Because, well, Amy Harmon.  I'm not really a fan of these kinds of books, they tend to freak me out.  Yeah, I'm a lightweight.  I was a bit freaked out with this story, if I'm being honest, but only because it really did happen.  The author did a good job of creating characters and adding humanity for me to connect to.

Dani is my favorite.  Such a unique individual with a big heart and a clear head.  I loved her every movement, word and thought in this book.  What a powerful message came through her.

The details of the murders in this book were true to actual reports.  Such a gruesome, horrible thing to read about.  That was probably the worst part of it all for me.  The details.  I had such a hard time with it because creating a movie in my head with things like that is not where I want to be.  That is in no way the author's fault.  It's just my personal preference.  If this author writes in this particular genre again, I might not go there with her but I'm pretty much game for anything else she writes!