Facing the Enemy by Paige Edwards + Enter To Win A Copy of This Book! 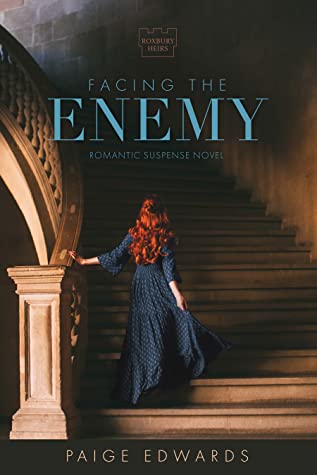 Lady Elise Henderson lives two separate lives. At home in Scotland, she’s the titled daughter of the Marquess of Roxbury, an heiress in her own right. In London, however, she’s Elise Taylor, a top MI6 operative for the “home office.” But when a devastating accident threatens to end her career, Elise is left with far too much time for self-reflection and the regret of a decision made long ago that features one man: fellow MI6 agent Harry Benson.

Harry Benson, the son of servants, has loved Elise for the better part of a decade. But life took them on separate journeys until their worlds converged once more. An immediate assignment to the Scottish Borders leaves Harry little time to make provisions for his small, rambunctious son, Sammy. Harry knows only one person he can rely on for the boy’s care—Elise. When Elise brings Sammy to her ancestral estate, she never imagines that a nemesis from her past looms in the shadows, hungry for revenge. Stalked at every turn, Elise and Harry discover that fighting their feelings for one another is futile, but can they survive long enough to get another shot at true love?

This book is encompasses all things I love about romantic suspense.  I love this genre and I love this author writing it!  I hope she never stops.

Elise and Harry have a history so when their paths cross again, there are some layered emotions and misunderstandings.  Elise is one tough lady with a lot on her heart.  After a recent accident where she lost her M16 partner, Elise receives some devastating news.  She is struggling when Harry reenters her life but that little rascal Sammy sure provides some over the top distractions with his penchant for getting in trouble.

The bad guy is SO bad.  The danger is clear in it's progression and as a reader I felt it ramping up and closing in.  It was such an exciting feeling and I loved it!  Elise is the rock star of the show taking on the Scottish wilderness AND Sammy in one dramatic cat and mouse game.  I was glued to the pages the last third of the book and so glad I had uninterrupted reading time so I could engage and invest in the best way possible.  What a fun adventure this was!  I can't wait for more!

Content:  mild peril and violence.  Some talk of killing and death.  Kissing. 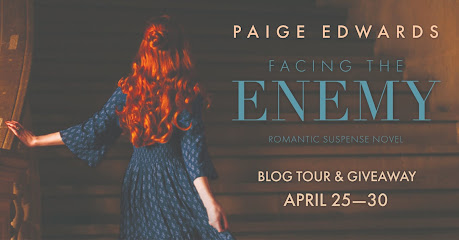 a Rafflecopter giveaway
Posted by Getting Your Read On at 10:36 AM