Of Daggers and Deception (Duchy of Athens #2) by A.L. Sowards + Win This Book! 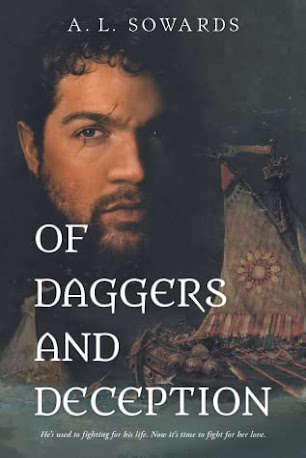 After years as a soldier and mercenary, Rasheed has retired from battle to run the bathhouse in Thebes with his friends Gillen and Eudocia. The simple life suits them, so when Venetian strangers come to town looking to hire the renowned crew, their answer is no. But when one of his friends is abducted, Rasheed is left with no choice but to take up his weapons and join forces with the Venetians, including the beautiful and clever Cecilia, whose betrothed has also been seized by the unknown foe.

As the reluctant allies face ambushes and the looming threat of capture, Rasheed and Cecilia forge a surprising connection. But as the party races to rescue their friends, Rasheed discovers that nothing is as it seems. As his trust in Cecilia begins to waver, he realizes that in the end, they will both be forced to make a choice between love and duty.

We know Gil, Eudocia and Rasheed, as well as some secondary characters, from the first book in this series.  (which I also loved)  Rasheed is the star of this show but I love that the other characters don't go away.  They are very much a part of this whole story.  It creates a feeling of family and purpose.  The connections between these main characters are deep and unshakable.  It feels really good as a reader.

There is mystery and intrigue, deceit and danger.  I was fully invested in all ways the whole way through.  Ugh, so invested.  As the danger and intensity ramped up, so did my reading speed.  I had to purposely slow down my reading and my heart.  I love when that happens.

The author did some setting up at the end of her book for another, at least I hope she did!  It makes me VERY excited!!  This author is one of my favorites.  I love her writing and I especially love her writing in this genre and time period.  There aren't a lot of others doing it right now and it's filling a void for me. 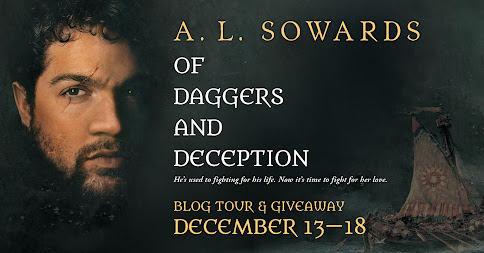 a Rafflecopter giveaway
Posted by Getting Your Read On at 11:11 AM