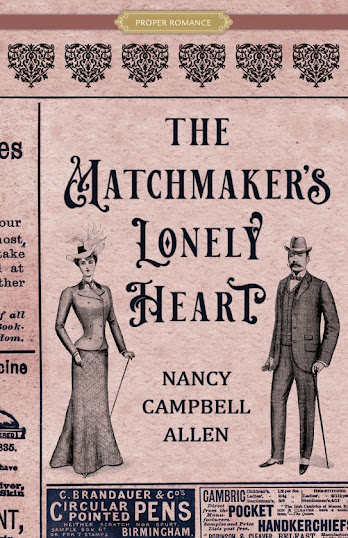 Set in Victorian London from the Queen of Mystery Romance

Amelie Hampton is a hopeless romantic, which makes her the perfect columnist to answer lonely heart letters in The Marriage Gazette. When Amelie plays matchmaker with two anonymous lonely hearts, she also decides to secretly observe the couple’s blind date. To her surprise, the man who appears for the rendezvous is Harold Radcliffe—a grieving widower and a member of Amelie’s book club.

Police detective Michael Baker has been struggling ever since his best friend and brother-in-law died in the line of fire. Because he knows the dangers of his job, he has vowed never to marry and subject a wife and family to the uncertainty of his profession. But when he meets Miss Hampton, he is captured by her innocence, beauty, and her quick mind.

When a woman’s body is pulled from the river, Michael suspects the woman’s husband—Harold Radcliffe—of foul play. Amelie refuses to believe that Harold is capable of such violence but agrees to help, imagining it will be like one of her favorite mystery novels. Her social connections and clever observations prove an asset to the case, and Amelie is determined to prove Mr. Radcliffe’s innocence. But the more time Amelie and Michael spend together, the more they trust each other, and the more they realize they are a good team, maybe the perfect match.

They also realize that Mr. Radcliffe is hiding more than one secret, and when his attention turns toward Amelie, Michael knows he must put an end to this case before the woman he loves comes to harm.
* Amazon * Goodreads * Deseret Book *
It's a Victorian murder mystery!  After a few years of steampunk/paranormal regency style mashup books from this author, we are delving into a new genre and I'm liking it!  A lot!
From the first pages I was interested which is always nice as a reader but what is even better?  When that interest grows with every page and you become more and more invested as the story progresses.  Things really ramped up in the last half of the book and by the end I was reading so quickly, desperate to find out how it would all work out.  I really love when that happens.
Amelie (I love that name) and Michael grew on me as I got to know them better.  I'm glad that Amelie didn't stay in her delusional world too long but quickly caught on so Michael could become the star of her show (and mine too!).  I would say that this book is slightly more plot driven but the characters were good and I really enjoyed it from start to finish.
I'm really hoping that this is the beginning of a new series involving the cousins who all are a part of this book.
Content:  some violence (murders) described in some detail.  Peril, kissing.
- I received a complimentary copy of this book.  All opinions expressed are my own.
About the Author: 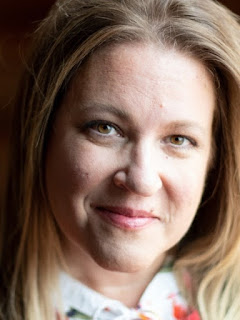 NANCY CAMPBELL ALLEN is the award-winning author of eighteen published novels and several novellas, which encompass a variety of genres, ranging from contemporary romantic suspense to historical fiction. Her most recent books, which include Regency, Victorian, and steampunk romance, are published under Shadow Mountain’s Proper Romance brand, and the What Happens in Venice novella series is part of the Timeless Romance Anthology collection published by Mirror Press. She has presented at numerous conferences and events since her initial publication in 1999.

Nancy loves to read, write, travel, and research, and enjoys spending time with family and friends. She nurtures a current obsession for true crime podcasts and is a news junkie. She and her husband have three children, and she lives in Ogden, Utah, with her family, one very large Siberian Husky named Thor, and an obnoxious but endearing YorkiePoo named Freya.
Posted by Getting Your Read On at 4:00 AM