Autumn by the Sea (Muir Harbor #1) by Melissa Tagg + Giveaway 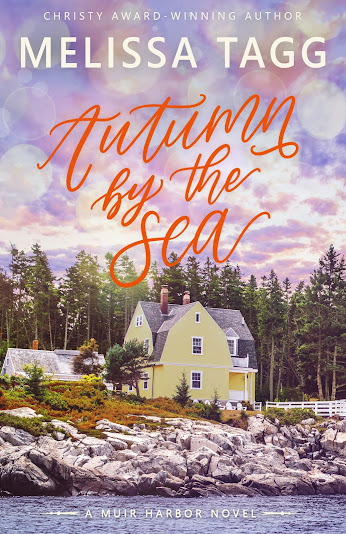 Abandoned as a toddler, Sydney Rose has spent years wondering who she really is, homesick for a life she's never lived. When a private investigator crashes into her world, she finds herself heading to a tiny seaside town in Maine to meet a woman named Maggie, who's searching for the granddaughter she lost decades ago.

If not for Maggie, Neil MacKean might still be back in Scotland, bereft and alone. Instead, he has a full life in Muir Harbor with an adopted family he loves and a blueberry farm to run. But the farm is struggling and strange occurrences have him concerned. Worse, Maggie's once again caught up in the past, convinced she's finally found her long-lost granddaughter.

Worried for Maggie, Neil is suspicious of the city girl who shows up at the farm. But there's something about Sydney that tugs on him, drawing out secrets he never meant to share. While Neil grapples with the future of the farm, Sydney wrestles with a past that's messier than ever. Together, they're pulled into a mystery complete with a centuries-old legend, unexpected danger . . . and a love as deep and wild as the sea.

It's the beginning of a new series by author Melissa Tagg!  She's an author I'm always watching because I love her books.  She really has a knack for developing not only characters, but a sense of community and family as well.  This book really sets the stage for future books.

If ever there was a gentle way to tell a story, this is it.  The story grows slowly and really allows time to get to know the characters.  I feel like this was Sydney and Neil's story but it was also the beginning of everyone's story.  The foundation has been laid, the mystery has begun and even though this story came to an end, it really isn't over.  Some things are resolved, but so much isn't.  It's so good to know there is another book coming!

Some of my favorite things from this book: 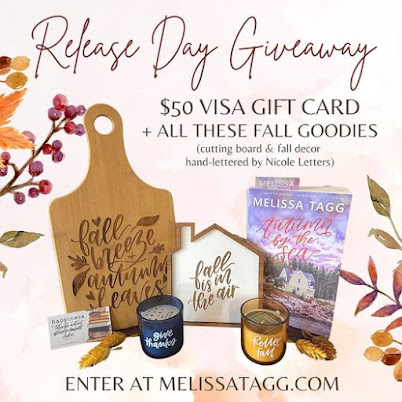 Here's what up for grabs:

Paperback copy of Autumn by the Sea

Bookmark
And if you're like, "WHO IS THIS Nicole Letters??" she's my sister and the artist who lettered the title on my book cover!
This giveaway is open through October 8 and there's like a bajillion options for entering. Haha! Enter here

http://www.melissatagg.com/giveaway/the-book-of-my-heart
Posted by Getting Your Read On at 3:18 PM