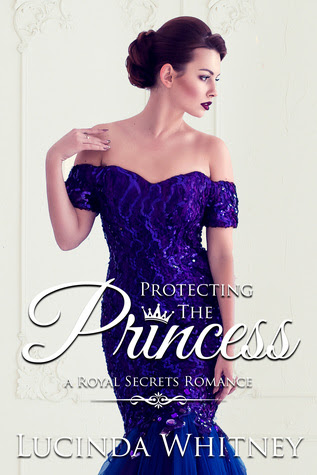 Princess Emma Somerset struggles to find purpose and fulfillment in her life. With her brother and cousins all married and in their new roles, she’s the only one left at the palace. When Queen Nicolette, her aunt, asks Emma to undertake a trip to the north as a good-will ambassador, she agrees, despite her lack of experience.

Ryan Sterling is a new protection officer for the royal house of Durham. He has aspirations for a high-profile assignment, but when Princess Emma’s long-time female bodyguard is injured a week before departure, he’s called to replace her. Now he’s stuck babysitting a spoiled princess instead of proving his worth to advance his career.

After floods strand Emma and Ryan in the remote countryside during the trip, their fledgling friendship slowly turns into something more. But is a new relationship between them doomed to fail when they return to the palace?

Are you in the mood for some royalty?  Well, Princess Emma is a princess but she isn't in the line to be queen.  She is the youngest in this royal family and grew up with her cousins in the royal castle.  I really like how down to earth Emma is and how kind she is to all she comes in contact with.  She worked hard to do what was expected of her and learn new things.  Most of this book isn't really about royal things though and I kind of liked that.  It was more about the growing relationship between Emma and Ryan as they were stranded during a flood.  Ryan is, yes, her bodyguard.  He is a protector and he is diligent.  He has an air of strength about him that is very attractive.

First impressions (and maybe even second impressions!) are put aside as Ryan and Emma get to know each other better.  When they begin that deep dive into friendship and trust everything shifts.  I really enjoyed getting to know both these characters.  They are people I would want to be around in real life. This is a sweet and gentle story and I really enjoyed it.

This book is part of a series but can easily stand alone.

Posted by Getting Your Read On at 9:59 AM