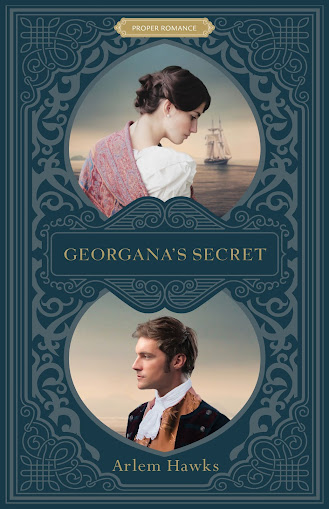 A Regency romance on the high seas.1811, HMS Deborah

Georgana Woodall dreams of freedom—freedom from her past and freedom from her secret. She has been living on her father’s ship for years, disguised as a cabin boy named “George.” But hiding her true self is becoming more difficult, and she yearns to break free of her life on the sea.

Lieutenant Dominic Peyton has no time in his life for love, not with his dedication to His Majesty’s Royal Navy claiming his full attention. Determined to prove himself to his new captain, he strives to be an exemplary officer and leader. When he sees the captain’s cabin boy being harassed by the crew, he immediately puts a stop to it and takes the boy under his wing.

Georgana quickly loses her heart to Dominic’s compassion and care, but needing to maintain her disguise as a cabin boy, she is convinced nothing can come of her affection.

Georgana’s Secret is about two hearts yearning to find a safe harbor, and possibly, a lasting love.

It was so refreshing to read this regency, set on a ship on the high seas.  I loved the change in scenery and feel of the story.  The author did a great job in describing things so I could imagine in my mind what was happening, how it looked and even how it felt.

Georgana is a character that pulls at your heartstrings.  She has endured so much and yet still remains loyal to her father and soft in all the ways that count.  Her longings touched me and I wished I were there to wrap her up in love.  I loved seeing her blossom under kindness.

Dominic is a kind man.  I wish there were more people like him.  He is observant and quick thinking and has a passion for the ocean and sailing.  It was so easy to like him.

I loved how the story progressed gently but picked up in intensity as things moved forward.  There was a battle, a violent storm and even some mutiny to liven things up.  It kept me engaged and interested all the way through.

This is the first time I've read a book by this author.  I look forward to reading more by her. 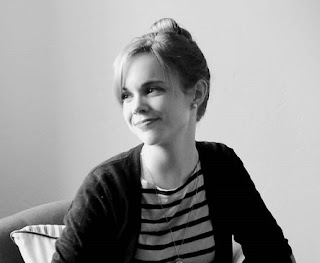 ARLEM HAWKS began making up stories before she could write. Living all over the western United States and traveling around the world gave her a love of cultures and people and the stories they have to tell. She has a bachelor’s degree in communications, with an emphasis in print journalism, and she lives in Arizona with her husband and three children.
Posted by Getting Your Read On at 4:39 PM