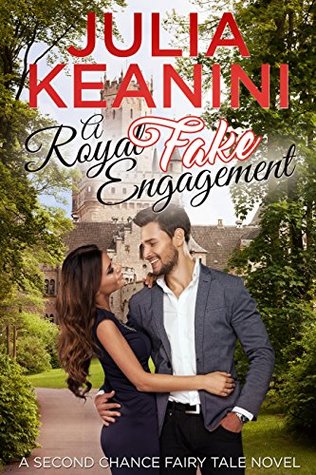 Sometimes even a prince can't solve everything.

Callie Rodriguez will do anything to keep her daughter safe, including paying her soon-to-be ex-husband an enormous sum of money to keep him and his unsavory friends away. But when Callie's ability to pay that money is threatened, she is desperate for a solution.

Channing Turner, aka Prince Chandler Torre, has been living a double-life as a typical citizen of United States. But his gig is up. Channing's royal mother is calling him home to Litiana just in time to strut him in front of all the princess wannabes and their title-scheming mothers at his brother's wedding. To keep that distasteful scenario from happening, Channing tells his mother he's engaged to his friend Callie. The only problem? Callie has no idea.

Channing has the money to make Callie's problem disappear and Callie is the only one who can save Channing from the royal rumble that will ensue if Channing comes home as a single, eligible prince. Their solution seems simple ... a temporary pretend engagement ... until the lines between fictitious and real in their royal fake engagement become blurred. Is the idea of a happily ever after just as make-believe as their engagement?

I am such a sucker for stories involving princes and princesses.   I guess there is just something about castles, private jets and fancy dresses that feels so dreamy.  When you add that with a romantic love story, it is surely sigh worthy!

Channing and Callie are good friends.  I love that the story begins with a good friendship which comes into play so many times.  They treat each other well and trust each other even when they are unsure because they have already established a firm foundation friendship.  As the story progresses, Callie and Channing both eventually realize there may be more feelings on their own side than friendship but it's a fine line they are walking.  I really loved both Callie and Channing and it was ever so satisfying to see them both come into their feelings and go for what they want.  I especially loved Callie's "enough is enough" moment.  I could feel the girl power through the pages.

This is the second book I've read by this author and I have to say that I enjoyed this book even more than the first book I read.  There are actually three books in this series and I haven't read the first book, but that in no way took away from this book.  Each book can stand alone although there are some cross over characters.  This is definitely an author that I will be watching out for!

This is a sweet, clean romance.

- I picked up a copy of this book through Kindle Unlimited.