Midnight Sisters: A Retelling of the Twelve Dancing Princesses by Sarah E. Boucher 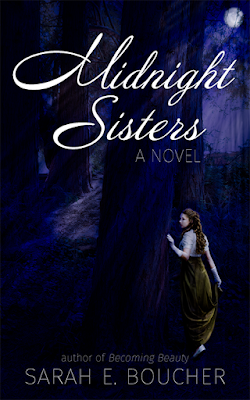 The words rattled around Jonas’s head. What was the punishment again? Death? Dismemberment? Jonas, the newest addition to the gardening staff, couldn’t recall the exact penalty for breaking the rule. What does it matter anyway? He would never dream of meddling with the Earl of Bromhurst’s haughty daughters.

Until he comes face to face with Lady Ariela, the eldest of the Master’s daughters.
Her elusive smile and open manner cause him to question his convictions. In no time, he’s drawn into Lady Ariela’s world of mystery and intrigue, a world where she and her sisters will do anything—including leaving twelve empty beds at midnight—to escape their father’s strict rules.

Only Jonas can uncover the truth and save them from their father’s wrath and their own folly, if he is willing to risk everything he’s ever worked for.

It's always fun to read a fairy tale retelling.  I have to admit that the Twelve Dancing Princesses is probably my least favorite fairy tale and it's been re-done SO many times, I was worried going into this that I might not like it.  BUT.

I love how Sarah Boucher changed this into a real life story instead of a fairy tale with magic.  The story is told through the eyes of Jonas, a groundskeeper, which is also different.  The story fit so much better for me.  Everything felt new and different and I liked it!  The twisty twists were just what I needed to connect on a better level with this story.

There are a lot of characters in this book- we really only get a glimpse of most of the sisters- not enough to really know them at all.  They were just there in a fuzzy sort of way.  The story really only involved a handful of people on a personal level which was fine by me.

Overall I thought this was a cute story.  It's one that can be enjoyed by all ages- preteen to adult.

- I received a copy of this book from the author.  A favorable was not required and all opinions expressed are my own.

“Jonas—”
I could see the words growing in his eyes.
“You know the cardinal rule.”
I wanted to roll my eyes, but kept my expression bland instead. Showing impatience had consequences for an undergardener.
“Do not meddle with the Master’s daughters.”
I had heard the words so many times my ears felt like they would start bleeding. If Higgins knew how pointless it was to fire them at me time and again, he’d save his breath.
“Understood?” Higgins asked with one eyebrow cocked.
The thought of running back to my family became more appealing with every upward slant of that eyebrow. “Yes, sir.” 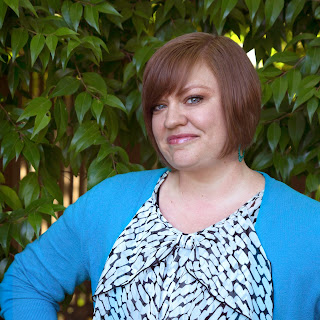 Sarah E. Boucher is a lover of fairy stories, romance, anything BBC and Marvel, and really, really cute shoes. On weekdays she wears respectable shoes and serves as Miss Boucher, the Queen of Kindergarten. On school holidays she writes stories about romance and adventure. And wears impractical super cute shoes.
Sarah is a graduate of Brigham Young University. She lives and works in northern Utah. Midnight Sisters is her second novel. Visit Sarah at SarahEBoucher.com or connect with her on Twitter, Facebook, Instagram, Pinterest, Amazon, or Goodreads.