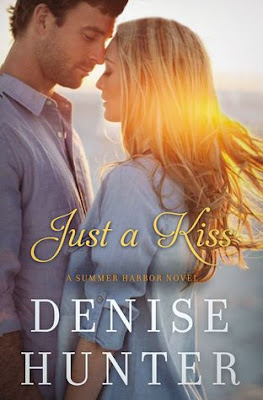 Riley Callahan’s plans to reveal his secret feelings for his best friend are derailed when his life is drastically altered in Afghanistan.

Watching the love of his life fall for his brother was enough to send Riley straight to boot camp. But over a year later, he’s officially a marine, and Beau and Paige are no longer an item. When Riley’s tour in Afghanistan is up, he intends to confess his feelings to Paige and win his best friend’s heart once and for all.

But all that changes when an IED takes the life of a comrade and leaves Riley an amputee. Now he’s heading home, injured and troubled. His plans to win Paige are a distant dream. She deserves so much more than the man that’s left. All he can do now is put some healthy distance between them. But upon his return he discovers his family has arranged for him to stay with Paige.

Paige is a nurturer at heart and happy to take care of her best buddy. By all appearances Riley is adjusting miraculously well to his disability. But as the days pass, Paige begins to see that the smiles and laughter are just a mask for the pain he’s hiding. To make matters worse, her job is in serious jeopardy. The animal shelter that she’s poured her heart into has lost its funding, and she has three months to come up with the money needed to save it.

As the weeks wear on, Paige’s feelings for Riley begin to shift into uncharted territory. Why is she suddenly noticing his arm muscles and the way his lips curl at the corners? Will she be able to deny her feelings for another Callahan brother? And will Riley let his heart heal so he can let Paige in?

I have been waiting what feels like forever to read this book.  It really hasn't been that long but there was so much anticipation after the last book that this book just couldn't come soon enough.  I was so happy to finally get to read Riley and Paige's story.

Poor Riley.  I just loved him.  Even in his most ornery, pig headed moments, I loved him.  The progression of Riley and Paige from friends to more than friends is bumpy and crazy and sometimes ugly but the journey felt real and vulnerable.  These characters were fantastic.

There is a feeling of coming home in this book as all the family is around and active in the plot.  I loved the sub plot with Riley's aunt.  That one has been building through all the books!  Resolution feels so good after struggle.

I can't wait to see what's coming next from Denise Hunter.  I'll be watching.  And waiting.  :)