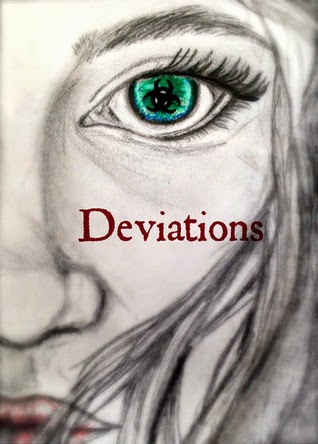 “The bubonic plague, typhoid fever, smallpox, the bird flu—would you like me to continue?” His voice rises as if he’s determined to make me understand, “They’re created in labs, then given to people to see who is strong enough to survive them. They’re trying to limit the amount of people in the world.” I watch him stand and turn for the door. “There’s a lot about your parents that you don’t know and the sooner you realize that, the sooner you can start doing something about it.”

From the day we’re born, we’re introduced to the marvels of modern medicine. It is amazing how a simple vaccine can prevent polio, hepatitis B, rotavirus—the list is almost endless. But, what if that were no longer the case? What if the government unleashed each virus for the sole purpose of controlling the population? Henly Sawyer finds herself discovering this truth for the first time, and as she does, the world that she thought she knew shatters. She wakes in Aurora, a quarantine miles from home, and is forced into a grueling reality. Henly strives to piece together the truth about her parents and their involvement in the unfolding chaos. With the help of her new friends, Renner and Dex, Henly sets out to understand a world that is now filled with Deviations—an infected group of violent, murderous humans.

In my book, Deviations = Zombies.  I know they really aren't, because they are supposedly still alive and don't want to eat your brains, just kill you, but they sure seemed very Zombie like to me!  You should see the alternate cover for this book.  It scared me.  (yes.  I am a big chicken.  It's no secret.)

There was a lot that I liked about this book.  It has a definite forward movement that keeps you on your toes, interested in what is happening and wanting to know more.  In most books you get an idea what is really happening through that omnipotent standpoint or though other characters but in this book I was just as clueless as Henly!  Pretty much the whole time.  I totally didn't see that ending coming.

I think I liked Renner and Dex more than Henly.  Maybe even Dex the best.  I liked Dex's chill and how he thought things through.  Yeah, I just liked him.  And his little dog too.

Something I really loved about Henly though was her loyalty to her sister.  She will do anything to find her and save her.  She is single minded and almost desperate in this goal.

Man, the ending is a whopper.  If you love cliff hangers, this is your book.  It's got a big crescendo ending that leaves you hanging over a big, big cliff.  Oh, the betrayal.  Oh, the sadness.  NOOOOOOOOO!

Content:  There is some mild swearing and quite a bit of violence.

You can buy Deviations at Amazon. 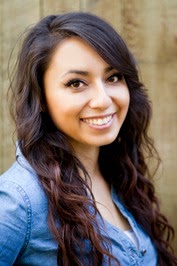 So a little bit about me...I'm an avid pinner, addicted to reading and writing, and currently trying to survive motherhood. Let's face it I have a strange addiction to Root Beer, and girl scout thin mints. If I could I would spend my entire day locked in a closet with a flashlight if that meant I could read a book from start to finish. But lets get serious...

I graduated from BYU-I with a BA Degree in Political Science and a minor in English. Along the way I acquired a pretty amazing husband who has helped me create and realize so many dreams. Who knows how many times he's reminded me that I need to sleep to continue living. I also have a baby boy who fits perfectly with his name Cash. Right now I reside in Canada and besides the rainy month (June) I love it.  http://crystalchristinebeanwrites.blogspot.ca/
Posted by Getting Your Read On at 4:00 AM