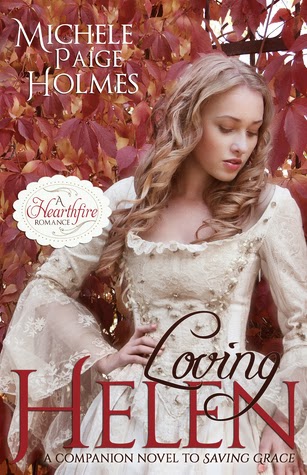 Eighteen-year-old Helen Thatcher grew up under the protection of her older siblings, Grace and Christopher. Living in their shadows and keeping to herself suited Helen just fine—until she met widower Samuel Preston. Watching Mr. Preston care for his young daughter and seeing his concern extend to her own family, Helen felt her reserve slipping away, as she learned first to trust him and then realized she had fallen in love with him. But instead of returning—or even noticing her affection—Mr. Preston developed his own tender, and unrequited feelings, for Grace.

In the midst of each silently nursing their broken hearts, Helen and Samuel are faced with a daunting task—reuniting Grace with her fiancé, Nicholas Sutherland. Now it is Helen who must look out for her sister and sacrifice her own fragile heart, as she and Samuel pretend to be engaged. Helen finds the role surprisingly easy to play, allowing herself to imagine that Samuel’s loving remarks are sincere. As the time for their charade to end draws near Helen must summon her courage and tell Samuel the truth of her feelings, or risk losing him forever.


This is the second book in the Hearthfire Romance series.  I would say that you really need to read "Saving Grace", the first book in the series, before you read this book or you will probably be really lost.

I enjoyed the cross over from the first book.  We saw some of the same events from "Saving Grace" except they came from Helen's point of view.  Helen is very different from her sister, Grace.  She is reserved but has a keen way of seeing other people and knowing their hearts.  Helen's heart is gentle, soft and full of compassion.  She would do anything to help her sister that protected her and cared for her when she was younger.

Mr. Preston is the man Helen loves.  Unfortunately, Mr. Preston fancies himself in love with Grace.  Not much worse than being in love with a man who is in love with your sister.  Poor Helen.  When she has the chance to play pretend at loving Mr. Preston, it isn't so pretend for Helen.  Her heart breaks almost every day.

This was an enjoyable, sweet and gentle romance.  Helen and Mr. Preston are both kind and easy to like.  It was nice to see another side to the first story and get to know Helen better.  Her journey from the shadows is a good one.  I'm excited to read the next book about Christopher.  It's going to be a fun one!