Meant for You (Playing for Keeps #4) by Ranee S. Clark 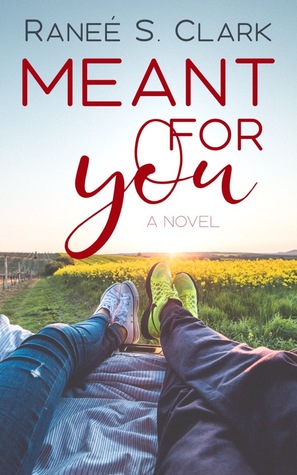 A year after her divorce, Chelsea Lewis spends most of her days working part-time at her cousin’s bakery and hiding veggies in her picky son’s lunches. Then she reconnects with an old friend who helps Chelsea in all the ways she’s forgotten she needs—including romantic ones.

Former football player, DJ Kaiser, is back in his hometown, working as a fireman to serve his community, but after nearly burning down his own house with a barbeque and wrecking the Chief’s truck, his mistakes are stacked against him—until he sets out to ease the stress of Chelsea’s load. Serving her has him feeling like a hero again.

When Chelsea’s ex shows up and begs Chelsea to move closer so his young son doesn’t grow up without his father, Chelsea and DJ have to consider what’s best for Chelsea’s little family, even if that means sacrificing the relationship that has saved them both.

Wow, this book had an interesting dynamic going on.  Chelsea, divorced single mom, is back home where she runs into former best friend, DJ, who is the best friend of her ex husband.  So when DJ and Chelsea start acting on those feelings of attraction things become a bit dicey.  How exactly does the best friend start dating the ex wife?  Yikes, right?  Somehow Ranee Clark pulls it off but it is tricky there for awhile.

I always love a good friends turned lovers kind of story.  This one had a bit of a twist with that whole dynamic (and just wait until you see where it all goes!) but all is well that ends well.  DJ was such a good guy that I was rooting for him from the very beginning.  I liked Chelsea okay, but it was DJ who stole the show for me.  The struggles for both characters definitely felt real.

This was a cute story and I enjoyed the journey!

Content:  teen intimacy resulting in pregnancy is talked about with no details.  Mild romance with kissing, mild religious content (talk of going to church, specific to the LDS religion)