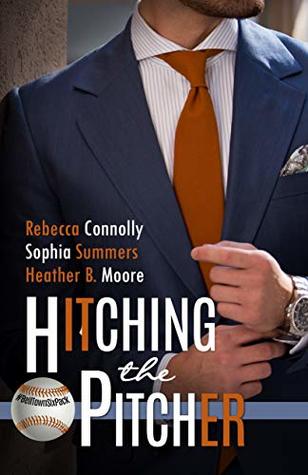 Sawyer Bennett has a secret. A risky thing, being one of the popular Belltown Six Pack, a group of six guys from the same college baseball team, all of whom got drafted and now play in the Major Leagues. Between the media frenzy over them and his bond with the guys, his secret has to stay carefully hidden if he wants it to stay that way. He needs to focus on his pitching and let everything else fall away.


Welcome to Belltown! Six baseball players meet in the college town of Belltown, Massachusettes, becoming best friends, their lives intertwining as they each get called up to the Major Leagues.

I cannot even tell you how excited I am for this series!  I LOVE baseball- it's my favorite and when you add some romance with baseball?  😍  Another thing I find really attractive is the feeling of camaraderie I know this series is going to bring as it follows a group of tight knit friends.  I can already feel that from the first book.

Sawyer is something else.  He let Erica go years ago to focus on his blooming baseball career and now she is back in his life.  You would think that Sawyer learned something from his mistakes, but no.  He honestly drove me slightly crazy because I have a hard time with wishy washy men.  I didn't think his "secret" was much of a secret to begin with so I had a harder time buying into his indecision.  I think Erica was way beyond patient with him so to me, she was the real hero of this story.

I think this first story was probably harder to write because this author had the daunting task of setting the foundation for all the books to come.  She roughly introduced all the characters and gave us a bit of a peek into their personalities.  She also gave the backstory as to how all these men became friends.  It was a lot to pack in with her own story.

While I think this story was just okay, I am going to be reading the next books.  There is so much potential here.  I think it's going to be a fun series and I can't wait to see what (and who!) is coming next!

- I received a complimentary copy of this book.  All opinions expressed are my own.
Posted by Getting Your Read On at 10:24 AM