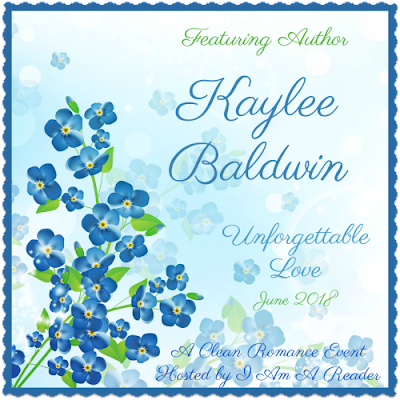 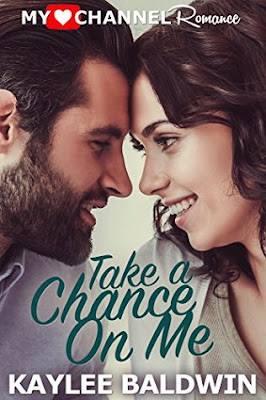 Madelyn Stewart knows how to have fun, no matter what her ex-husband claims, but between working two jobs and taking care of her five-year-old son, opportunities for fun are few and far between. So when she is given tickets to take her son to see a live taping of the MyHeartChannel show Take a Chance, they go, even though it means she’ll have to stay up all night to turn in her latest article on time. To her shock, the daredevil star, Chance Risk, is none other than Graham Sawyer, the quiet accounting major she’d dated in college—someone she’d cowardly broken up with by note and hoped to never see again. When she makes a major mistake on her article, she has to swallow her embarrassment and reach out to Chance for an exclusive or risk losing her job. Chance Risk doesn’t talk to reporters. Not after the way he’s seen them destroy his brother’s marriage and career. But Take a Chance is starting to lose viewers, he’s desperate. Despite his better judgment, when Madelyn reaches out, he can’t resist the opening to figure out why she broke his heart eight years before. His only condition: she has to come to three filming locations with him and his crew to get a real sense of what the show is about. Swept up in adventure, they start to feel the chemistry from college rekindling. But the reason Madelyn left eight years before still looms between them. If Chance can’t convince Madelyn to take a chance on love, she’ll walk away again. This time forever.

The cold, fresh water soothed her aching feet, and she stepped in until she was waist-deep. Chance swam close to her and then emerged from the water, his long eyelashes damp over seductive eyes. Water slid from his chest and biceps. His hands rose to brush his hair from his face, his muscles flexing, and their gazes tangled together. He lowered his hands near hers, and then shot them out of the water in an instant. Water splashed her in the face.
Moment ruined.
“Chance!” Irritated, she swiped at her soggy hair, now drenched with water. “I wasn’t going to get my hair wet!”
“What?” He grinned when she splashed him back. “I was just helping.”
“So juvenile.” She stopped splashing him so she could dunk herself under the water and take care of the hair-in-her-face situation. When she surfaced, she found Chance watching her. A delicious shiver ran down her spine. She kicked away from him and swam toward the waterfall, needing some space.

"Take A Chance On Me shows off Baldwin's brilliance in crafting an unforgettable story. The characters take on a life of their own, with moments that made me laugh and cry right along with them. From the first chapter I was drawn into this sweet romantic adventure and didn't want it to end!" -Chelsea Hale, author of Mr. Write and Hart to Heart -

"Kaylee Baldwin is a master at bringing you into the lives of the characters and feeling with them as they fall in love. I deeply enjoyed watching Chance and Madelyn find their friendship again and see it progress to love. Baldwin makes every step the character take toward each other the perfect one, leading to an ending that had me sighing with satisfaction." -Ranee S. Clark, author of Playing for Keeps and Love, Jane -

"This story pulls the reader in; one won’t notice the pages flying by while reading. Love the characters, love the story, love the ending!" (Amazon Review) 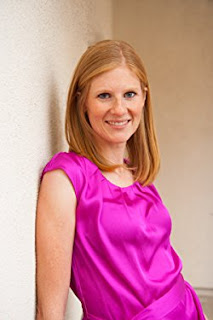 A glamorous day in the life of Kaylee Baldwin includes: chasing after her four children, checking for a new season of Serial, writing her latest book, binge-watching reality cooking shows, hanging out with her husband, and reading in every spare second she can find. She graduated from Arizona State University with a degree in English lit and currently lives in southern Arizona with her family. Her books include the Whitney Finalist Meg’s Melody, Hearts in Peril, a story in the Timeless Romance Anthology: California Dreamin’ which was recently translated into Norwegian, and Take a Chance on Me.

Giveaway Details Ends 7/1/18 Open only to those who can legally enter, receive and use money sent via Paypal or gift codes via Amazon.com. Winning Entry will be verified prior to prize being awarded. No purchase necessary. You must be 18 or older to enter or have your parent enter for you. The winner will be chosen by rafflecopter and announced here as well as emailed and will have 48 hours to respond or a new winner will be chosen. This giveaway is in no way associated with Facebook, Twitter, Rafflecopter or any other entity unless otherwise specified. The number of eligible entries received determines the odds of winning. This giveaway was organized by Kathy from I Am A Reader and sponsored by the author. VOID WHERE PROHIBITED BY LAW. a Rafflecopter giveaway
Posted by Getting Your Read On at 9:32 AM